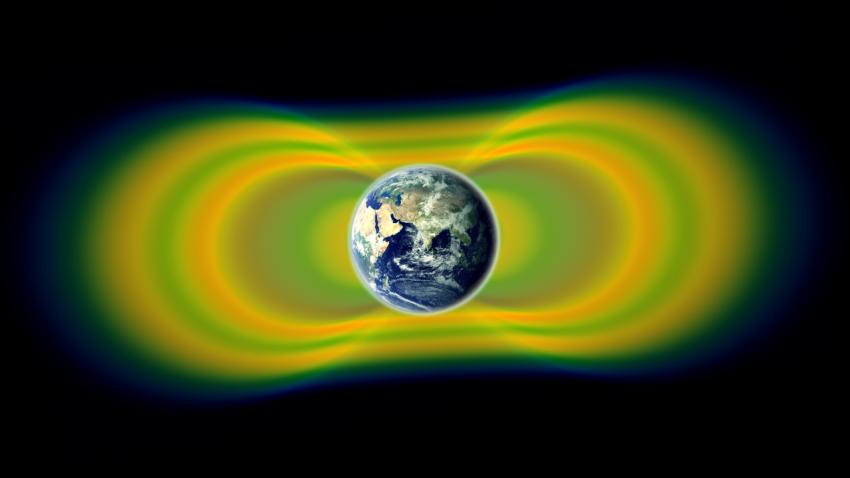 The use of electric propulsion for raising satellites into geostationary orbit can result in significant solar cell degradation according to a new study. The extended journey time results in greater exposure to the damaging effects of space weather. Understanding the size of this risk is essential for commercial operators to take steps to mitigate the effects and protect their assets.

The new research by British Antarctic Survey, University of Cambridge, and DH Consultancy – published this month in the journal Space Weather – is being presented at the Royal Astronomical Society’s National Astronomy Meeting today (1 July 2019).

The study concludes that after a radiation storm, maximum solar cell output power could be reduced by up to 8% by the time satellites reach their target destination using electric orbit raising. This is equivalent to the level of damage that would be expected after spending around 15 years at geostationary orbit.

During a radiation storm, charged particles released by the Sun become trapped within Earth’s magnetic field, forming the Van Allen radiation belts which encircle Earth, and collisions with these charged particles causes damage to the solar cells. This degradation is up to 8% of output power in a worst-case scenario, but even in a quiet environment, the study predicts a 1-3% reduction in output.Lead author Alexander Lozinski, a space weather scientist at the British Antarctic Survey (BAS), comments

“Now we understand the level of damage caused by a slower journey into geostationary orbit, commercial satellite operators can plan optimal routes during the mission design and planning phases to ensure the best lifespan for their products”.

In the last four years commercial satellite missions have begun to employ the use of electric propulsion for orbit raising. Without the need to carry chemical propellant onboard, satellite size and mass can be reduced, resulting in significant cost savings. Reducing the size of satellites could make it possible to launch two spacecraft on the same rocket (almost halving the cost of launch). Alternatively, the savings in mass could be used to accommodate additional/larger payloads, enabling increased revenue or greater technical capability.

In a conventional launch the satellite is placed into a geostationary transfer orbit by the launch vehicle and uses chemical propellants to reach geosynchronous orbit. This orbital transfer manoeuvre typically takes a few days. However, when (solely) electric propulsion is used, it can take up to 200 days to reach the target orbit due to lower thrust. This results in satellites spending a longer in the Van Allen belts, where they are exposed to the harmful effects of space radiation.

“We studied three different types of orbit raising and found that although 8% degradation is very high, careful choice of orbit and shielding can reduce this to an acceptable level,” says Lozinski.

“For example, transfer orbits with a high initial apogee (maximum altitude) allow satellites to pass through regions where trapped protons are present, at greater speed, reducing the level of damage from radiation.”

“Commercial satellites with all-electric propulsion were first introduced in 2015” says Professor Richard Horne, Head of the Space Weather team at BAS. “We never expected such a large reduction in power from a radiation storm. The good thing is that this study will help the satellite industry to plan the best orbit which reduces radiation damage”.

Alexander Lozinski will deliver his talk “Evaluation of Solar Cell Radiation Damage during Electric Orbit Raising” on Monday 1 July at 17:45, at the National Astronomy Meeting in Lancaster. More info can be found on the conference website.

The RAS National Astronomy Meeting (NAM 2019) is taking place at the University of Lancaster from 30 June to 4 July 2019. It includes the annual meetings of the UK Solar Physics (UKSP) and Magnetosphere Ionosphere Solar-Terrestrial (MIST) groups. The conference is principally sponsored by the Royal Astronomical Society (RAS), the Science and Technology Facilities Council (STFC) and Lancaster University. Full details are visible on the dedicated conference website. Access credentials for embargoed press materials are available on request from the NAM press team via nam-press@ras.ac.uk.


About the Science and Technology Facilities Council