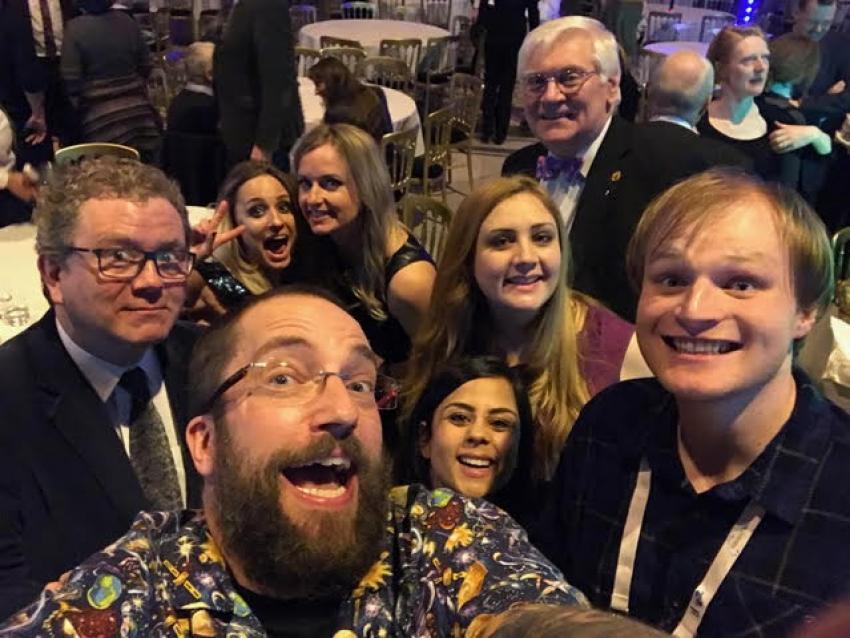 My name is Matt Taylor, I work for the European Space Agency as a Project Scientist in the Directorate of Science.

I was honoured to be awarded the RAS 2018 Service Award for Geophysics, for my work with the ESA Rosetta mission to a comet.

A Project Scientist in ESA acts as an interface between ESA and the science community, working to get the best science from a spacecraft mission, given the various operating constraints. I studied Physics at Liverpool University and then went on to get a PhD in Space Plasma physics at Imperial College, London. I spent time as a post doctoral researcher in the UK and the US before moving to ESA to initially work on the Cluster space plasma mission. My science studied have focused on how the outer atmosphere of the Sun interacts with the Earth’s magnetic field.

Outside of normal hours I try to stop thinking about work by listening to music, mainly of the extremely noisy variety. I also watch various science fiction films and TV series and play first person shooter console games. I am also a member of the 501st Legion, the Star Wars costume club.