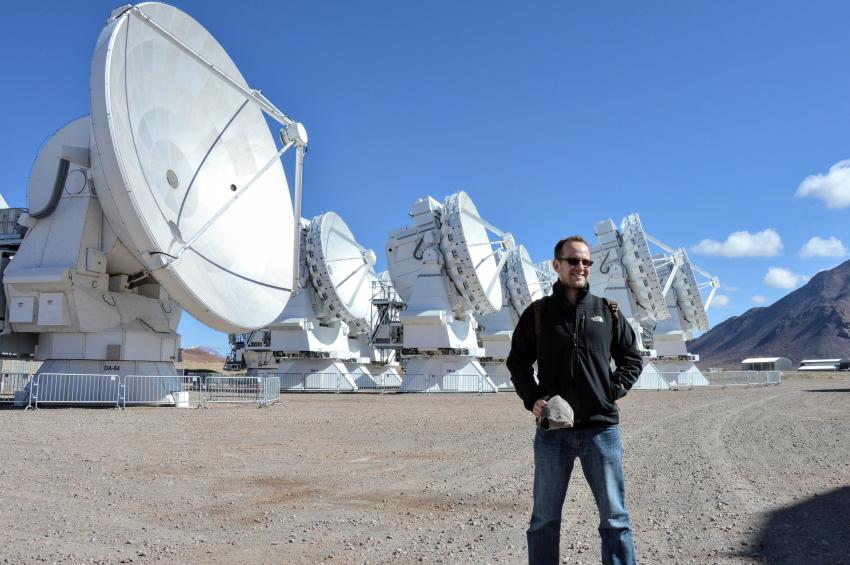 Associate Professor in Planetary Science at the University of Leicester

From a large state school in the heart of Leicestershire, Leigh was encouraged to apply to Oxbridge after an eye-opening experience with the Sutton Trust (an educational charity focussing on improving social mobility).  He went on to study Natural Sciences at Cambridge alongside midshipman training with the University Royal Naval Unit (URNU), before saying goodbye to the Navy to set sail for more distant shores.

He was lucky to be searching for a PhD at just the right moment, when the Cassini spacecraft was due to arrive at Saturn, and went to work in Oxford’s Atmospheric, Oceanic and Planetary Physics group, exploring the seasonally-changing atmosphere of the gas giant.  This work, and the (re-)discovery of Saturn’s polar hexagon, earned him the Keith Runcorn prize in 2007, and catapulted him to a postdoctoral fellowship at NASA’s Jet Propulsion Laboratory.  There he began working with Earth- and space-based observatories on observations of the giant planets, and became involved in future mission proposals to Jupiter and the Ice Giants.

He returned to Oxford in 2010 (where he was awarded the Winton Capital Award in Geophysics), and was awarded a Royal Society Research Fellowship (URF) in 2012.  This he transferred to the University of Leicester in 2015, where he is today assembling a planetary atmospheres team, funded by a grant from the European Research Council.  Leigh was the 2016 recipient of the Harold C. Urey Prize for outstanding achievements in planetary science by an early-career scientist, awarded by the Division for Planetary Sciences (DPS) of the American Astronomical Society.  Today he is a co-investigator on the Cassini mission to Saturn, an Interdisciplinary Scientist (IDS) on ESA’s Jupiter Icy Moons Explorer (JUICE) mission, and a passionate advocate for future missions to the Ice Giants.  You can follow his research on Twitter (@LeighFletcher).