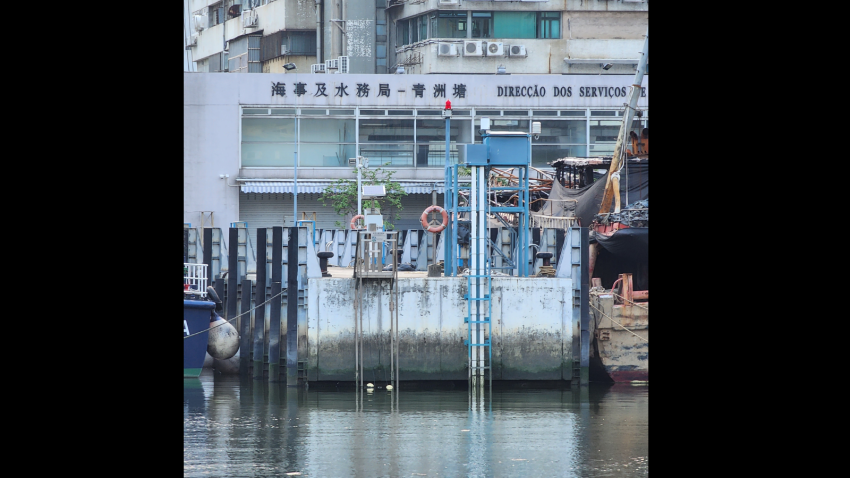 The 2022 January 15 eruption of the Hunga volcano in Tonga caused tsunamis worldwide. A paper by Wang et al in the special issue of Geophysical Journal International (GJI) on the 2022 Hunga eruption highlights how atmospheric pressure waves created some of these tsunamis in Lingding Bay, which arrived earlier than tsunamis from earthquakes would have.

Lingding Bay, in South China, is between Macao and Hong Kong, and has several other cities along its coastline. Since the bay is sheltered tsunamis are relatively rare, but with low-lying urbanised coasts, any changes in sea level create possible risks.

Wang’s team used sea level data from ten tidal gauges (five in Lingding Bay and five along the coast outside), and atmospheric pressure data from 18 stations in the area. The team observed air-pressure changes from Lamb waves created by the eruption: these travel as pulses, moving horizontally at the speed of sound (310 m/s). These waves arrived either along the shortest path from the volcano (the minor-arc parth, 9,050 km long) or along the path going the opposite way around the Earth (the major-arc path).

The authors explain the 3-hr delay between the arrival of the Lamb wave and the tsunami by modelling the tsunami wave propagated with the Lamb wave over the deep ocean, but over the continental slope converting to the much slower ocean gravity waves. Around the world, tsunamis from the 2022 Hunga eruption arrived earlier than would have been expected if oceanic gravity waves alone were responsible for them.

Yuchen Wang continues: “Our next step is to conduct numerical simulations of the Tonga tsunami event and study the resonance characteristics.”

Yuchen Wang is positive about his experience of publishing in GJI: “Geophysical Journal International is a prominent journal in the field of geophysics. The publication in this journal is helpful to advance my research and attract international attention. The peer review process is prompt and helpful. We greatly appreciate the valuable comments from the editors and reviewers. We hope that we can submit more papers to GJI in the future.”

As with all papers in our special issue, the article is free to read.