The Royal Astronomical Society offers its condolences to the friends and family of Professor Donald-Lynden Bell, who has died at the age of 82. He served as RAS President from 1985 to 1987 and received the Society’s Gold Medal in 1993.

Lynden-Bell worked at the University of Cambridge, studying topics including the Milky Way, quasars, the movement of galaxies in clusters, astrophysical jets and general relativity. His work was recognised with many awards, including the Kavli Prize for Astrophysics, and his election as a Fellow of the Royal Society.

In 2015 Lynden-Bell featured in the documentary film ‘Star Men’, where he retraced the excursion with three peers to Rainbow Bridge in Utah made 50 years earlier.

RAS President Professor John Zarnecki commented: “We were all sad to hear of Donald’s passing. Right until the end of his life he was a regular visitor to the RAS, asking incisive questions at scientific meetings and being generous in his support for others. We will miss him.” 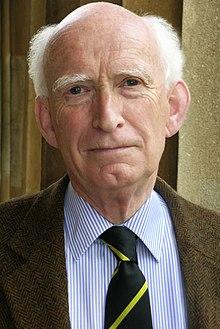 Donald Lynden-Bell at the Observatory building of the Institute of Astronomy, University of Cambridge.