The life puzzle: the location of land on a planet can affect its habitability 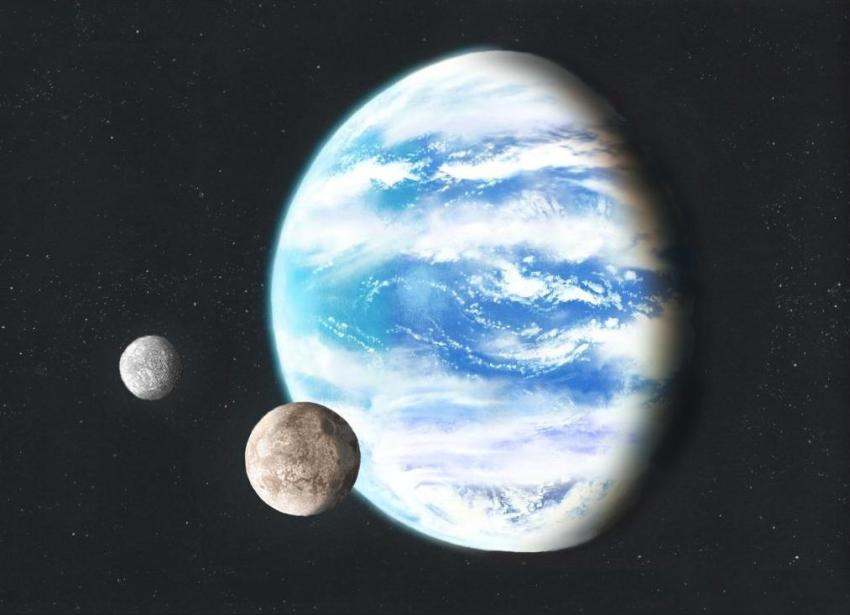 New climate models have found that the amount and location of land on a planet’s surface can significantly impact its habitability. Astronomers have identified substantial differences in surface temperature, sea ice and water vapour across a planet’s surface for different land configurations. The work will be presented on Monday 11 July at the National Astronomy Meeting (NAM 2022) by Evelyn Macdonald, a graduate student at the University of Toronto, Canada.

Many planets are tidally locked to their stars such that one side of the planet is always facing away (much like how the far side of the Moon always faces away from the Earth). This creates permanent day and night sides of the planet where the all energy received from the star is focused on the dayside. In order for a planet to support life, the climate must be somewhat regulated across the surface: the atmosphere and oceans need to redistribute some of the energy received from the star to the nightside of the planet.

A team of researchers at the University of Toronto, have applied a 3-dimensional climate model (ExoPlaSim) to simulated Earth-like planets with two distinct dayside configurations. The first configuration is a circular continent in the middle of the dayside surrounded by ocean. The second configuration is the opposite: a circular ocean in the middle of the dayside with land everywhere else. For both cases, the size of the circle was varied to demonstrate how the planet’s climate depends on land fraction for each of these continent configurations.

Among other things, a planet’s habitability is dependent on its surface temperature and the amount of moisture in its atmosphere. The study models the net precipitation, cloud fraction, and surface temperature across the dayside of the planet for different land configurations.

The results show that both the amount of land, and its configuration can have a large effect on the surface conditions of the planet. For models with similar dayside land fractions but opposing configurations, the average surface temperature can change by up to ~20oC. The results indicate that the amount of water vapour in the planet’s atmosphere heavily depends on the area of ice-free ocean on its surface. Planets with high land fractions have hotter and drier daysides with clouds and precipitation mostly confined to small central areas.

Macdonald says: "Finding out whether life exists elsewhere in the universe is a key challenge of astronomy and science as a whole. Our work demonstrates that the distribution of land on an Earth-like planet has a big impact on its climate, and should help astronomers looking at planets with instruments like the James Webb Space Telescope to better interpret what they're seeing."

Image link: https://nam2022.org/images/SCmaps1.jpg
Credit: Adapted from Macdonald et al. (2022)
Caption: Dayside maps of climate variables for ocean-centred planets. The row labels (left) show the varying dayside land fractions. The columns (left to right) show the land map, net precipitation (precipitation in blue and evaporation in red), cloud cover, and surface temperature. Here, daysides are hot and dry when the land fraction is high, but there is always some ice-free ocean present, therefore there is always some level of clouds and precipitation.