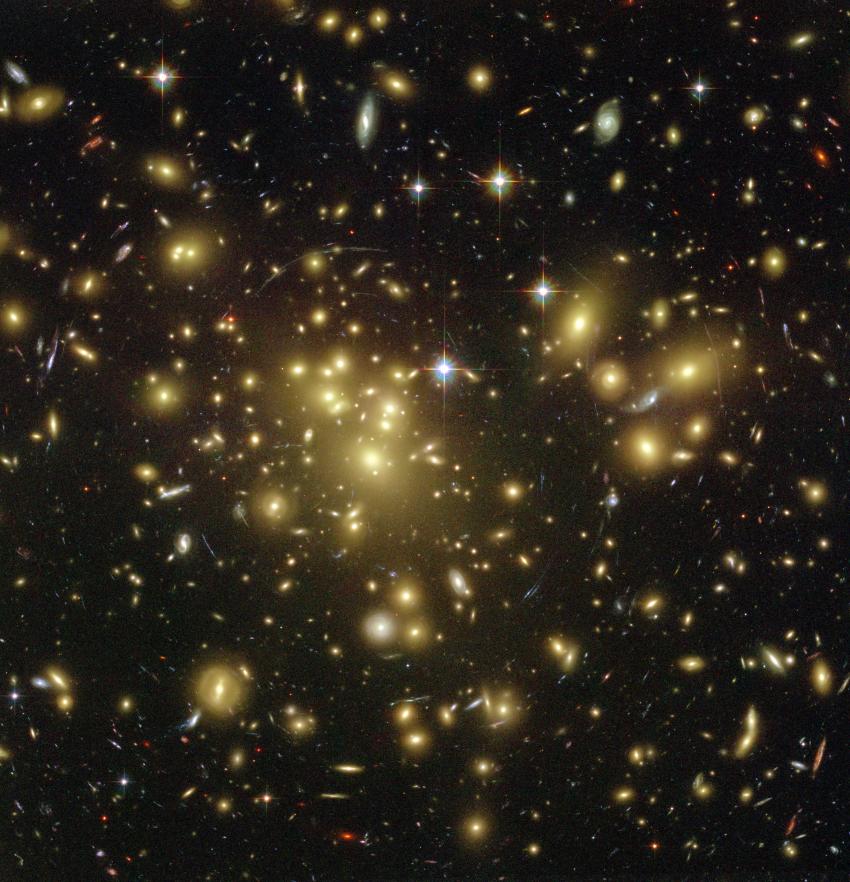 Galaxy clusters are some of the most massive structures in the cosmos, but despite being millions of lightyears across, they can still be hard to spot. Researchers at Lancaster University have turned to artificial intelligence for assistance, developing “Deep-CEE” (Deep Learning for Galaxy Cluster Extraction and Evaluation), a novel deep learning technique to speed up the process of finding them. Matthew Chan, a PhD student at Lancaster University, is presenting this work at the Royal Astronomical Society’s National Astronomy meeting on 4 July at 3:45pm in the Machine Learning in Astrophysics session.

Most galaxies in the universe live in low-density environments known as "the field", or in small groups, like the one that contains our Milky Way and Andromeda. Galaxy clusters are rarer, but they represent the most extreme environments that galaxies can live in and studying them can help us better understand dark matter and dark energy.

Deep-CEE builds on Abell’s approach for identifying galaxy clusters but replaces the astronomer with an AI model that has been trained to “look” at colour images and identify galaxy clusters. It is a state-of-the-art model based on neural networks, which are designed to mimic the way a human brain learns to recognise objects by activating specific neurons when visualizing distinctive patterns and colours.

Chan trained the AI by repeatedly showing it examples of known, labelled, objects in images until the algorithm is able to learn to associate objects on its own. Then ran a pilot study to test the algorithm’s ability to identify and classify galaxy clusters in images that contain many other astronomical objects.

Chan will present the findings of his paper “Fishing for galaxy clusters with “Deep-CEE” neural nets” on 4 July at 3:45pm in the ‘Machine Learning in Astrophysics’ session. (Chan and Stott 2019) which has been submitted to MNRAS and can be found on the Arxiv.

The RAS National Astronomy Meeting (NAM 2019) is taking place at the University of Lancaster from 30 June to 4 July 2019. It includes the annual meetings of the UK Solar Physics (UKSP) and Magnetosphere Ionosphere Solar-Terrestrial (MIST) groups. The conference is principally sponsored by the Royal Astronomical Society (RAS), the Science and Technology Facilities Council (STFC) and Lancaster University. Full details are visible on the dedicated conference website. Access credentials for embargoed press materials are available on request from the NAM press team via nam-press@ras.ac.uk