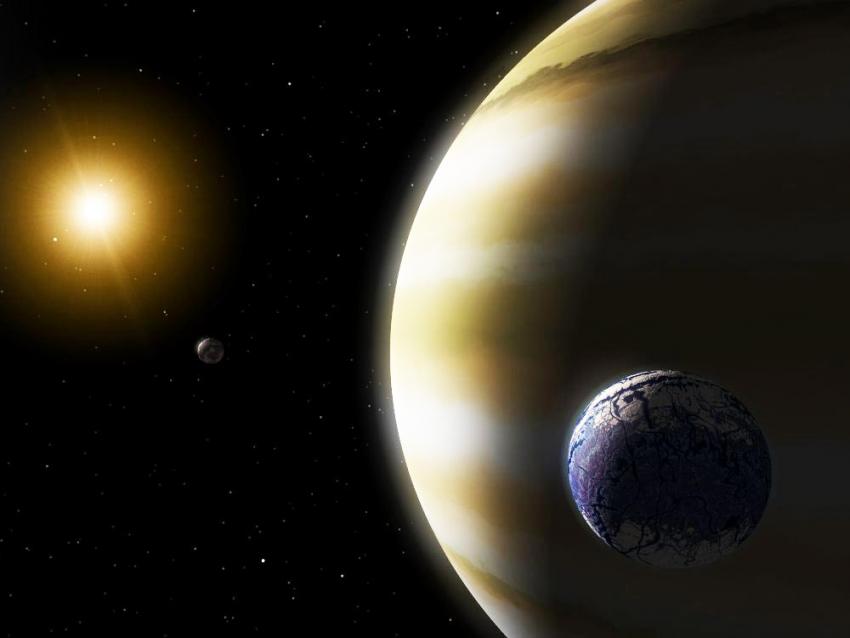 Young people given the chance to name a planet!

Between Friday 6th September and Friday 18th October, schools and youth organisations across the country can make their naming suggestions via an online submission form on the UK Exoworld website. These names will then be whittled down by a panel of astronomy experts, including judges from the RAS, to a final selection, with the public getting the chance to vote for their favourites in mid-November. The winning names will be announced in mid-December 2019 along with all other selected names from the countries participating in the competition.

Go to https://exoworld.co.uk for all the information on how schools and youth organisations can suggest names for the exoplanet WASP-13b and its star WASP-13.

As part of their centenary celebrations, the International Astronomical Union (IAU) is organising a global competition called Name Exoworlds. Launching in September 2019 and as part of this worldwide project, the UK has the unique opportunity to give a popular name to a selected exoplanet and its host star.

In recent years, astronomers have discovered thousands of planets and planetary systems orbiting around nearby stars. Some are small and rocky like the Earth, whilst others are gas giants like Jupiter.

It is now believed that most stars in the Universe could have planets orbiting them and that some of them may have physical characteristics that resemble those of the Earth. The sheer number of stars in the Universe, resulting in potentially countless planets, along with the ubiquity of compounds that are beneficial to the presence and growth of microorganisms, suggests that extra-terrestrial life may be likely.In celebration of its 100th anniversary, the International Astronomical Union (IAU) is giving budding young astronomers across the UK the opportunity to name their own exoplanet and the star it orbits.

Worldwide, the IAU ExoWorld Naming Competition has invited 93 countries to give a new name to different planetary systems, consisting of an exoplanet – a planet that exists outside our own Solar System – and its host star. Each nation's star is visible from that country and is bright enough to be observed through small telescopes. Usually, the exoplanet itself is hidden by the brightness of the star and special observational techniques must be used to detect its presence.

The UK’s designated exoplanet is currently named WASP-13b. It is a large, gaseous planet, found in the Lynx constellation. It is about a third of the mass of Jupiter and takes just four days to orbit its host star, known as WASP-13. This star is over 740 light years from Earth and is similar to the Sun, although it is likely to be larger, hotter and older.

Professor Robert Walsh, professor of astrophysics at the University of Central Lancashire (UCLan) and UK national outreach coordinator for the IAU, will be responsible for running the UK arm of the competition. Commenting on this astronomical opportunity, Professor Robert Walsh said: “This is an unparalleled chance for a school or youth group to leave its mark on the universe. Imagine there being a star and planet out there that will have the name you chose for ever more. We hope that teachers and youth leaders will embrace this competition as a way to engage young people in science by exploring the wonders beyond our own Solar System.

“We’re expecting to see lots of creativity from the next generation of astronomers and scientists when it comes to naming these celestial bodies. In fact, we’re hoping the suggestions will be out of this world!”

The UK competition is a partnership between the IAU, UCLan, the Science and Technology Facilities Council, the Royal Astrononical Society, UK European Space Education Research Office, the University of Warwick, the National Schools Observatory, the Association of Science and Discovery Centres, the British Association of Planetaria, Girlguiding and UKFAST.