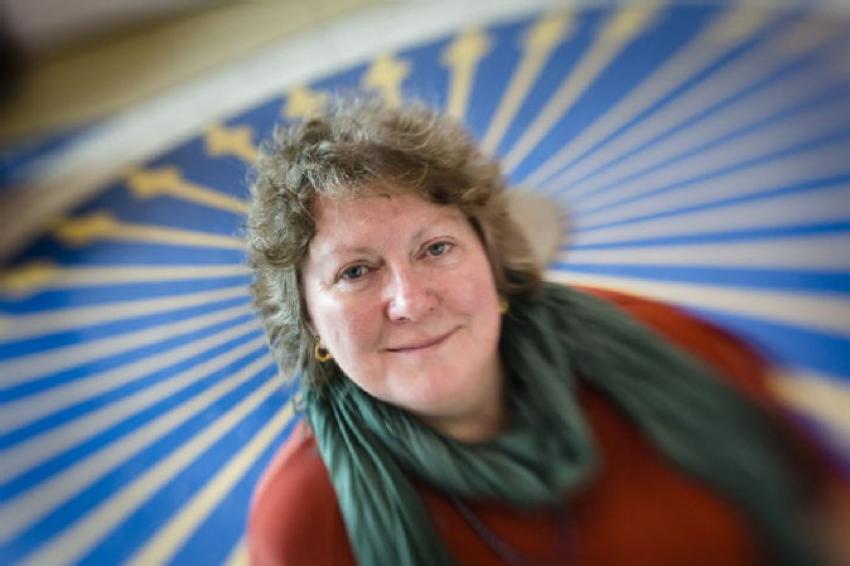 "I particularly enjoyed giving the James Dungey Lecture. Jim Dungey solved one of the key problems in magnetospheric dynamics by thinking in pictures- he created pictures that encapsulated the conservation properties and constraints of MHD. As well as my 'day job' as a physicist I am also an artist with a keen interest in how art and science are connected."

Sandra Chapman is primarily but not exclusively a plasma physicist working on problems in astrophysics and in the laboratory. She is currently Professor of Physics and Director of the Centre for Fusion, Space and Astrophysics at the University of Warwick.

She read Physics on an Exhibition Scholarship to Imperial College, London. Her interest in nonlinear systems began with a PhD (also at Imperial College, 1985) on chaotic charged particles in the earth's magnetosphere. She was selected to give the 2014 Royal Astronomical Society James Dungey Lecture [watch the video].

She has held visiting Professorships at the Universities of Kyoto and Uppsala and was a Senior Visiting Scientist at the Max-Planck-Institute for the Physics of Complex Systems, Dresden, the Potsdam Insitute for Climate Impact Research and an Adjunct Professor of Mathematics and Statistics at the University of Tromso.

She has published over 180 papers in the refereed literature and a textbook on Electrodynamics. She is also an artist who works to bridge the ‘arts- science divide’ and has held a NESTA Dreamtime fellowship – working as an artist with the British Antarctic Survey in Antarctica.