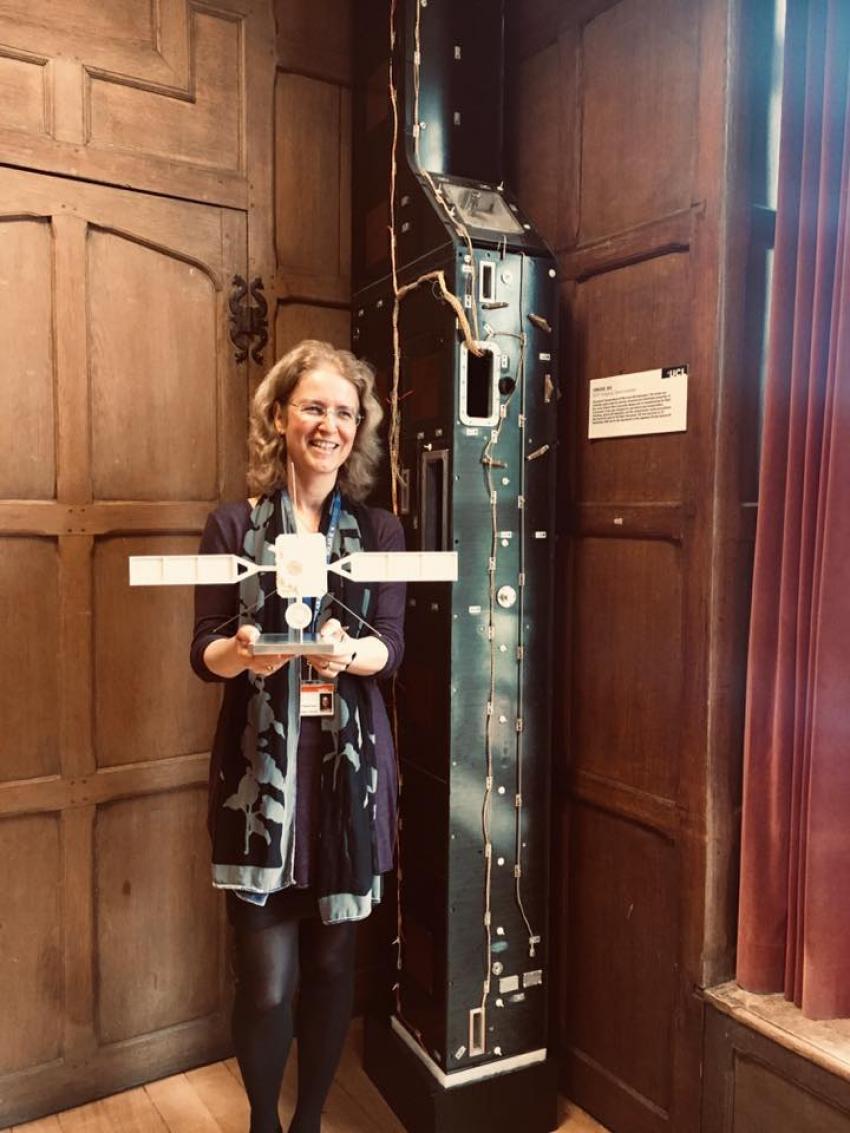 Job: Director of PMOD/WRC in Davos, Switzerland and affiliated professor at ETH Zürich

My career probably started out with a trip to Armagh Planetarium when I was in primary school – though I didn’t think at that stage I would be working in space science as a job. I went to Queens University to study maths and physics, followed by a PhD in spectroscopy applied to solar and tokamak spectra. This led to my first job as a resident scientist in ISAS, Japan, working for MSSL on the Yohkoh-BCS instrument. This period led to my love of Japan, and I met colleagues who are still close friends today. Following that I returned to the UK, as a PDRA in Birmingham and then MSSL.

I was awarded a (then PPARC) advanced fellowship, and around the same time started working as the UK project scientist for the solar-B EUV Imaging Spectrometer (EIS). Solar-B was launched in 2006, and was christened Hinode by Japanese schoolchildren. Following launch I took over the role as PI from Prof. Len Culhane.  Hinode has been working successfully for 13 years now, and the science from it has, and continues to be, new and ground-breaking.

Meanwhile plans were being made for the Solar Orbiter mission – as a co-PI of the EUV Imagers I have been involved for many years! The launch finally comes in 2020, and this novel mission will carry telescopes for the first time to an orbit this close to the Sun – working hand in hand with the in-situ instruments its goal it to link what is happening on the Sun to create solar wind to what is actually measured in the solar wind itself. Exciting times ahead for the solar and space plasma communities.

In 2019, I moved to Switzerland to take on the role as director of PMOD/WRC and affiliated prof at ETH-Zürich. The institute is a world-leader in solar irradiance and ozone measurements and builds ground-based and space-based instruments. As in MSSL, there is the close link between the design, engineering and operations of these instruments, alongside the science.

The photo shows me on my very sad last day at MSSL before I started my new job. Some very talented staff at MSSL created the model I am holding that is a replica of the Solar Orbiter spacecraft. Behind me is the engineering model of the Hinode-EIS instrument. Both are very important to me, and I thank the teams that have worked so hard on them for their time, efforts and ingenuity!