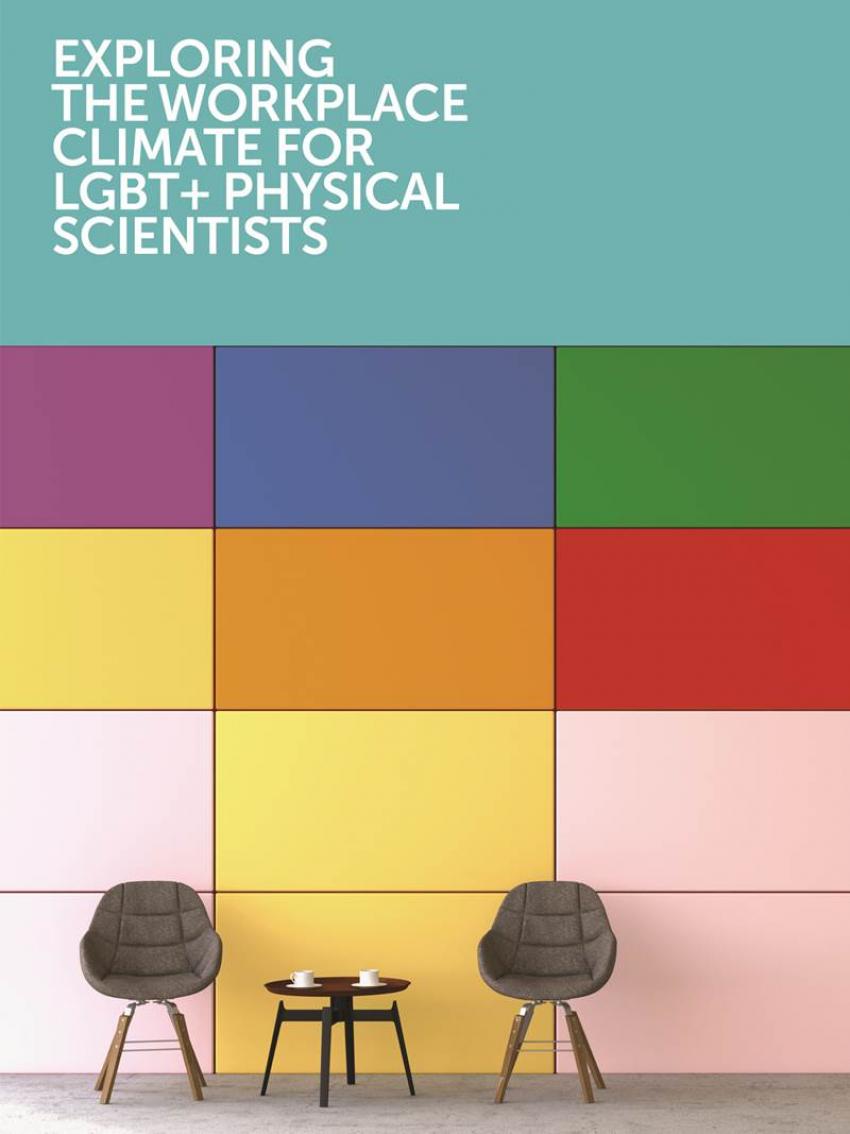 SCIENTISTS MUST CREATE CULTURE OF TOLERANCE TO IMPROVE LGBT+ RETENTION

A new survey from the Royal Astronomical Society, Royal Society of Chemistry and the Institute of Physics has shown that the workplace for LGBT+ physical scientists is comfortable (75%) and improving (70%), but men felt more comfortable than women or trans respondents.

Nearly a third of LGBT+ physical scientists have considered leaving their job because they felt there was a climate of discrimination, prompting calls for employers to work harder at creating an inclusive atmosphere. Those who were out to their co-workers about their sexuality felt more comfortable (83%) than those who were not (55%), with many of those who wished to come out saying they felt they could not, or that it wouldn’t bring anything positive to the workplace.

Along with our counterparts at the Royal Society of Chemistry and the Institute of Physics, the RAS recently reached out to the LGBT+ community working in science to ask about the working culture from their perspective, through a survey called Exploring the workplace for LGBT+ physical scientists, answered by over a thousand people.

Dr Helen Pain, Royal Society of Chemistry deputy chief executive, said: "While the survey showed people were generally comfortable, there are clearly still some issues with the culture in the workplace with one in four still feeling unable to be themselves at work.

"Some LGBT+ respondents even felt the discussion of personal lives or interests outside of work could be perceived negatively by colleagues. This kind of atmosphere is both harmful for those individuals and the wider physical sciences community – and needs to be addressed to prevent these attitudes becoming more prevalent in the workplace."

The Exploring the Workplace for LGBT+ Physical Scientists report also revealed that gay men were more likely to feel accepted in the workplace than lesbian, bisexual, trans people or those questioning their sexuality. Of the respondents to the survey, 28% said they had considered leaving their workplace at some point because they felt there was a climate of discrimination. Trans scientists were most likely to consider leaving their positions, with a fifth saying they regularly considered leaving their workplace.

Jennifer Dyer, Head of Diversity at the Institute of Physics, said: “We know that a happy workplace is both more productive and more conducive to good science. It is encouraging that so many LGBT+ scientists feel comfortable in the workplace, but there is clearly work still to be done and this should be seen as a foundation to work from rather than a validation that everything is okay.

“Our report outlines a series of actions employers, individuals and learned societies can take that will help cultivate a much more positive atmosphere for us all.

“From showing visible support for the LGBT+ community to participating in events and ensuring policies and practices are in place to create an inclusive environment, there is nothing to hold us back from doing this – and we would encourage even those employers who feel they are doing a good job to review the findings and see how well they are doing.”

Philip Diamond, Executive Director of the Royal Astronomical Society, added: "I welcome the publication of this report and commend it to all in our community. Everyone deserves to work in a safe and supportive environment, it allows us all to lead happy and fulfilled working lives and helps us fulfil our potential as working scientists.

“This report highlights the particular challenges experienced by LGBT+ scientists in their daily working lives, and makes recommendations to individuals, employers and learned societies in order to address those challenges. I've learned much by reading the report and will be working with my Society and other bodies to carry through on its recommendations."

No one is definable by a single characteristic – we are all complex individuals subject to a whole host of different influences. But, to create an environment where the best scientists can flourish and the best science can be done, we need to make sure everyone feels comfortable.

If we can do that it won’t just benefit our LGBT+ colleagues, but everyone in our workplaces.

Read more in the report (below).