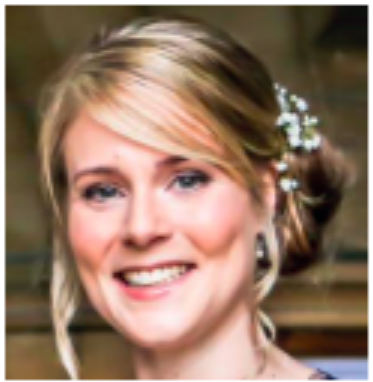 The best bit of my job is that every day is different. I teach all science subjects to GCSE level to
a whole host of different students. It can be challenging, but is overwhelmingly rewarding. I love
the interactions that I get to have with students and the passion for science I can instill in them.
There’s no better feeling than when a student “gets it”! I work in a really positive school with an
amazing department so going to work doesn’t ever feel like an effort – I go there to have fun
with science!

The worst part of my job is that there sometimes aren’t enough hours in the day! From lesson
planning, marking, tracking data, putting interventions in place, coaching/mentoring staff,
reporting to the senior leadership team and dealing with any issues that arise during a school
day it can sometimes feel overwhelming. However, there will always be at least one thing in
your day that makes all of that pale into insignificance and I remember why I do this job!

No-one at school really knows what I studied as part of my PhD and what they can refer to me
as! I’m regularly called a “doctor of X/Y/Z” – none of which accurately describe what my
doctorate is in. I’ve had students do school tours and misinform parents and students that I’m
Dr Kellett who discovered the rings of Saturn! What I take from this though is that what I’ve
done inspires students and they want to tell people about their head of science!

During university I was a member of the karate club and trained with them for over 10 years –
the mental focus and meditation I developed over these years certainly helped me focus when
writing my thesis!

Never let anyone tell you that you can’t or shouldn’t do something because of how “intelligent”
you are or what background you have. In the first week of university my tutor questioned my A-
level grades and suggested that maybe I’d be better suited to a basket weaving course at a
local university. Needless to say I got a different tutor very quickly to guide me through the next
few years, but I’ve never felt more proud than the day I could walk into his office and show him
my PhD thesis. He probably didn’t remember the comment he made that day but I used it to my
advantage and succeeded in something he didn’t think I could.

I’d always been interested in space and the planets, but hadn’t ever considered pursuing a
career in anything related to them – I’d always worked towards training to be a doctor. After I
didn’t get the A-level grades I saw a picture of a rocket launch in the University of Leicester
prospectus. This sparked something inside me and so I applied for the Physics with Space
Science degree. I was involved with some outreach activities as both an undergraduate and
PhD student. I realised that I enjoyed interacting with students and the general public more
than I did with my laptop, hence my decision to complete my PGCE.

My ability to quickly process information and understand it is invaluable in the fast-paced
teaching world. The students I teach feel supported because I can explain quite complex
concepts in a way that is easy for them to understand. Because of the astronomy aspects
covered in my A-levels and degree, I am now also in a position to teach the astronomy GCSE,
which no other school in the local area is offering. Having been a “woman in science” I notice
that many female students now have the confidence to pursue A-levels and careers in science
that they might previously have thought were not for them – purely because they have a
woman standing in front of them who has done it and is telling them that they can too!

I then went on to a 6th Form College to study A-levels with the intention of going off to medical
school either in Leicester or Sheffield. Despite being predicted all A’s I got: Physics (C),
Mathematics (C), Chemistry (D) along with a B in Computing AS-level.

I had always intended on taking a gap year and went on a Raleigh International expedition to
Ghana for 10 weeks. During this time I learnt a lot about myself and decided to apply for
different courses at university.

During my 4th year I worked on data from Cassini and was offered 2 PhD opportunities – one
extending this work and one focused on Mars and planetary exploration. I chose to extend the
work I had been doing on Saturn’s ring current using Cassini data and studied for my PhD
under Professor Stan Cowley a part of the RSPP group at Leicester University.

As I was writing up my thesis I started my PGCE at Leicester University and completed this in
2011. A year later I was a fully qualified teacher working at an inner city school in Leicester. It
was challenging but rewarding and I learnt an awful lot in the 5 years I worked there. Every
year I was interviewed for a promotion and by the end of my time there I’d worked my way up
to Acting Head of Science. I’m currently the Head of Science at Manor High School in
Leicestershire.

So, although things didn’t start out quite the way I had hoped and dreamed for many years, I
couldn’t actually be happier!