Winners of the 2019 RAS Thesis Prizes

The RAS is pleased to announce the winners of its prizes for the best PhD theses completed in the UK during 2019.

The Michael Penston Thesis Prize 2019 is awarded to Dr Luke Pratley for his thesis on "Radio Astronomy Image Reconstruction in the Big Data Era".

Dr Pratley completed his BSc and MSc in New Zealand and was subsequently was awarded three separate scholarships to undertaken his PhD at UCL, including the William Georgetti Scholarship, the country's most prestigious award, given by the Governor General of NZ.

Following his PhD thesis at UCL on wide-field interferometric imaging, he started a Dunlap Fellowship at the University of Toronto in October 2019. During the course of his studies, Dr. Pratley has undertaken original research in astrophysics, condensed matter physics, and nanophotonics. His current work now focuses on interferometric imaging, polarimetry, and cosmic magnetism, and he is an active member of the Canadian Hydrogen Intensity Mapping Experiment (CHIME) and Murchison Widefield Array (MWA) collaborations.

The runners up are Dr Cleo Loi for her thesis on "Magnetic Fields and Stellar Oscillations" and Dr Oliver Tattersall for his thesis on "Testing Gravity with Black Holes". 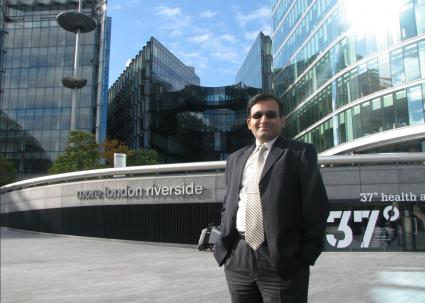 The Keith Runcorn Thesis Prize 2019 is awarded to Dr Muhammad Atif Nawaz for his thesis on "Efficient Probabilistic Inversion of Geophysical Data".

After a decade of diverse practical experience in geophysical exploration and software development, Dr  Nawaz finally satisfied his long-held aspiration to become a scientific researcher. His desire to contribute to scientific knowledge led him to undertake a PhD degree in geophysics at the University of Edinburgh as a mid-career student under the supervision of Professor Andrew Curtis.

During his PhD he developed novel variational inference methods to solve probabilistic inverse problems in geophysics. Dr Nawaz's most recent research interests revolve around applications of machine learning to solve seismic imaging and inversion problems. He aims to pursue his research and development interests in geophysics and related disciplines making use of the modern advances in computing technology.

The runner up is Dr Hayley Allison for her thesis on "Understanding how low energy electrons control the variability of the Earth's electron radiation belts". 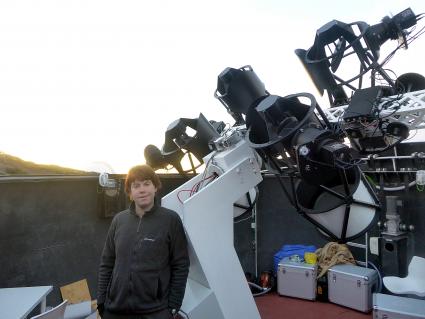 Dr Dyer completed his undergraduate degree in 2015 at the University of Durham, after which he moved to the University of Sheffield for his PhD working on the GOTO project with Professor Vik Dhillon. Following the completion of his thesis in 2019, he remained at Sheffield as a departmental-funded postdoc, continuing to support the GOTO telescope in La Palma while also carrying out design work for the SAMNet solar telescope project. Next year he will start a two-year research project funded by the Leverhulme Trust, to continue development and optimisation of the GOTO scheduling and control software as additional telescopes are deployed across the globe.

The runner up is Dr Charles Walker for this thesis on "Localising Fast Transients".