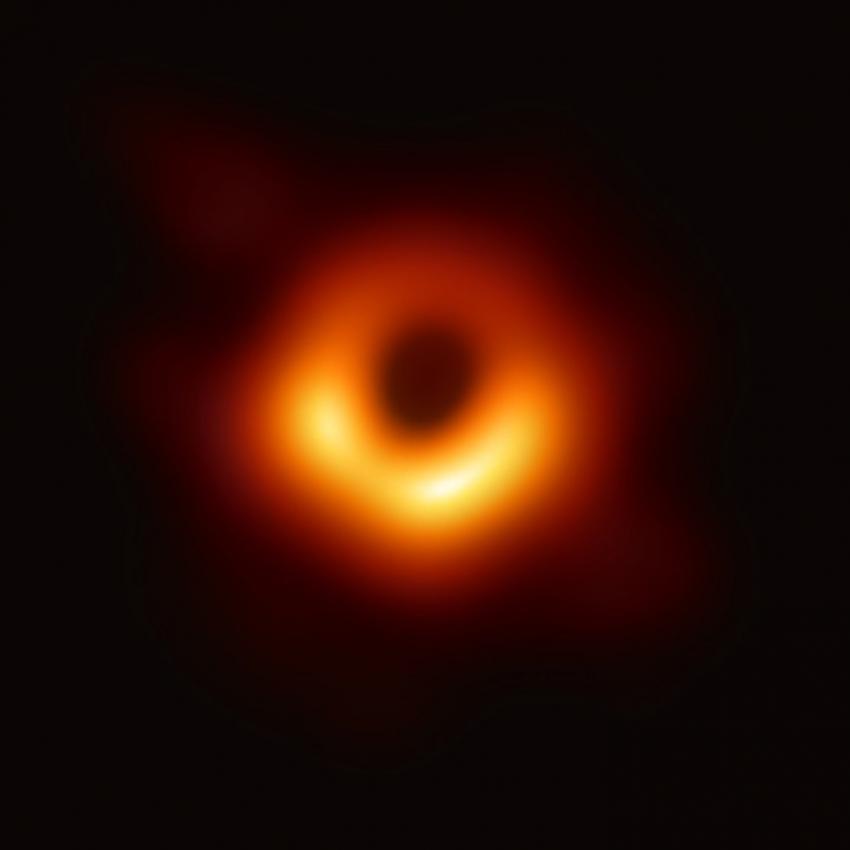 The supermassive black hole at the core of supergiant elliptical galaxy Messier 87, with a mass about 7 billion times that of the Sun, as depicted in the first image released by the Event Horizon Telescope in 2019.
Credit
Event Horizon Telescope
Licence type
Attribution-ShareAlike (CC BY-SA 4.0)

The Royal Swedish Academy of Sciences today announced the winners of the 2020 Nobel Prize in Physics, recognising seminal discoveries about the creation and location of black holes.

Professor Sir Roger Penrose of the University of Oxford receives half of the prize for his proof that Einstein’s General Theory of Relativity leads to the formation of these exotic objects.

The other half is awarded to astronomers Professor Reinhard Genzel, Director of the Max Planck Institute for Extraterrestrial Physics, Garching, Germany and Professor at University of California, Berkeley, USA, and Professor Andrea Ghez of the University of California, Los Angeles, USA. They receive the prize for mapping stars at the centre of our galaxy, the Milky Way, and demonstrating that their movements can only be explained by a supermassive black hole.

Professor Penrose received the RAS Eddington Medal in 1975, jointly with Professor Stephen Hawking. Professor Genzel became an honorary Fellow of the Society in 1994. In 2004 he gave the George Darwin Lecture, and in 2014 the RAS awarded him its Herschel Medal.

“Half a century ago even the very existence of black holes was still controversial. Through the pioneering work of Penrose, Genzel and Ghez, we not only have a vastly better understanding of how they are formed, but are able to say convincingly that giant black holes are found at the centre of every galaxy, including our own. My congratulations to all three winners!”

Animation of the movement of the star S2 around the supermassive black hole at the centre of the Milky Way, based on observations made with the Very Large Telescope of the European Southern Observatory in Chile. Credit: ESO / L. Calçada