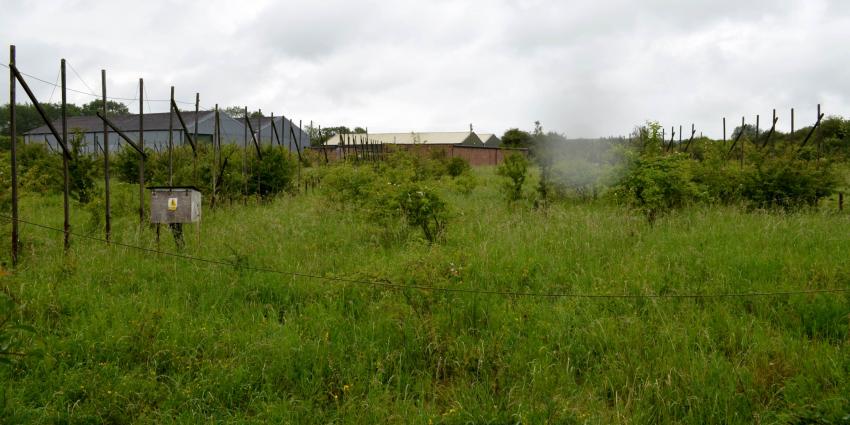 The Royal Astronomical Society offers its sincere condolences to the family, friends and colleagues of Professor Antony Hewish, who has died at the age of 97.

Born in Cornwall, Prof. Hewish served at the Royal Aircraft Establishment and the Telecommunications Research Establishment during the Second World War. In the early 1950s he completed his PhD at the Cavendish Laboratory in Cambridge under the supervision of Prof. Martin Ryle and thereafter pursued a career in the then nascent science of radio astronomy.

Prof. Hewish led the construction of the Interplanetary Scintillation Array, a radio telescope at the Mullard Radio Astronomy Observatory (MRAO) in Cambridge. In 1967 Hewish’s then PhD student Jocelyn Bell (now Dame Jocelyn Bell Burnell) used the array to discover the first radio pulsars. Hewish received the Nobel Prize for Physics in 1974 in recognition of this achievement, alongside Ryle who received the award for his pioneering work on techniques including aperture synthesis. This was the first time it had been awarded to observational astronomers.

He won many other awards for his work, including the Royal Astronomical Society’s Eddington Medal, and was elected a Fellow of the Royal Society in 1968.

Later in his career he became director of MRAO, a Professor of the Royal Institution and joined the advisory council of the Campaign for Science and Engineering.

“Antony Hewish received global recognition for a scientific career that began as radio astronomy became an established scientific discipline. Through pushing for the construction of the Interplanetary Scintillation Array, he helped astronomers to open up the electromagnetic spectrum and transformed our understanding of the wider universe.”