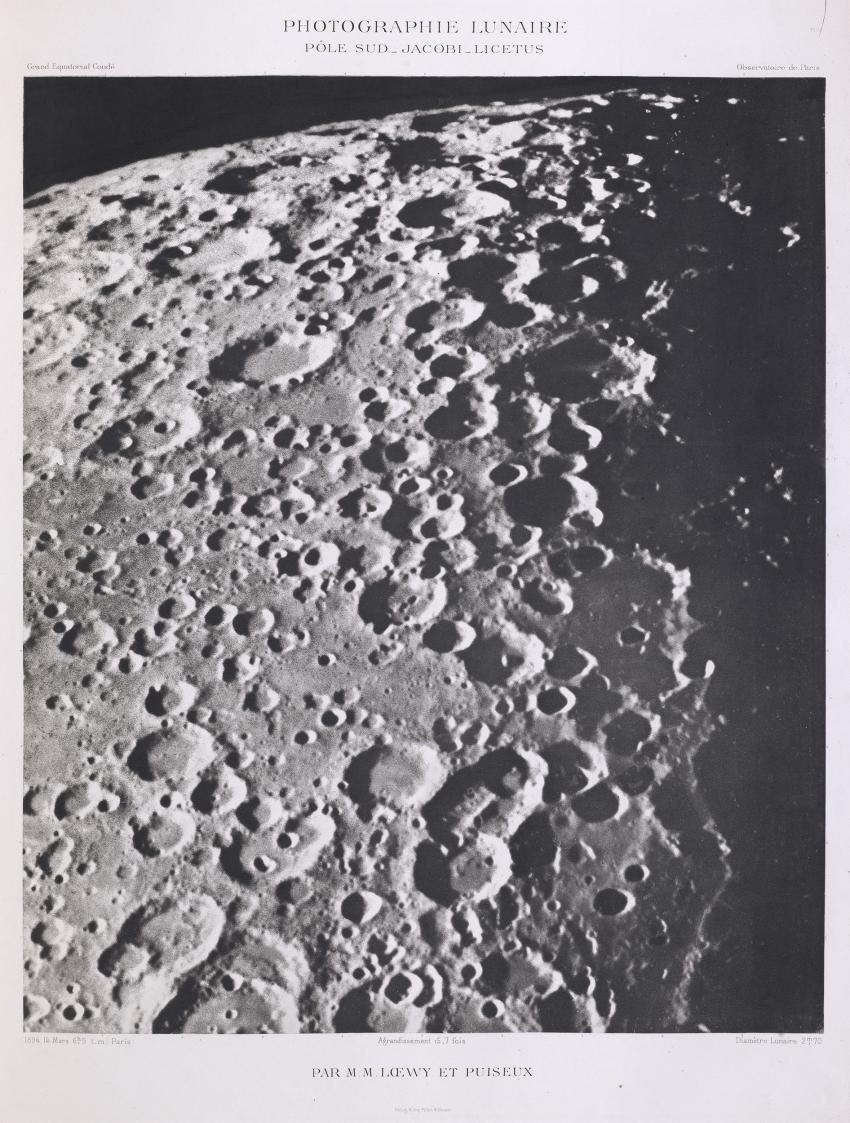 Sign up for a free ticket to visit the Royal Astronomical Society, which will be opening its doors for the Burlington House Courtyard Late on Friday 19th July. Author Mark Holborn will be talking about his new book, Sun and Moon: a story of Astronomy, Photography and Cartography (Phaidon, 2019), which was written to mark the anniversary of the first moon landing by Apollo 11 in July 1969, and the 40th anniversary of NASA's geological survey of the moon, with its extraordinary cartography. People who pre-book a place will also have a chance to drop into the library afterwards to see some of the sublime historical photographs of the Sun and Moon which feature in Holborn's book. Copies of the book will be available for sale.

The short lecture will be delivered three times during the evening, at 6.15 pm, 7.15 pm and 8.15 pm. Please sign up for a slot and check out the other fascinating events taking place in Burlington House during the Courtyard Late.