Sounds of Space at Cambridge Festival of Ideas 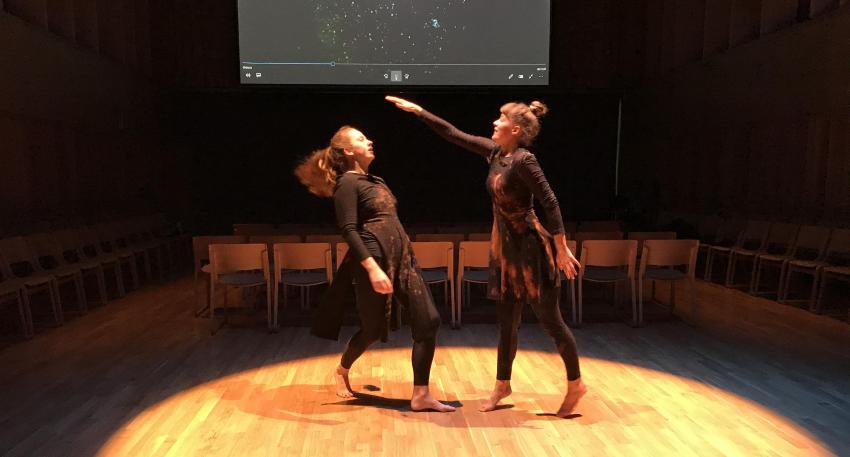 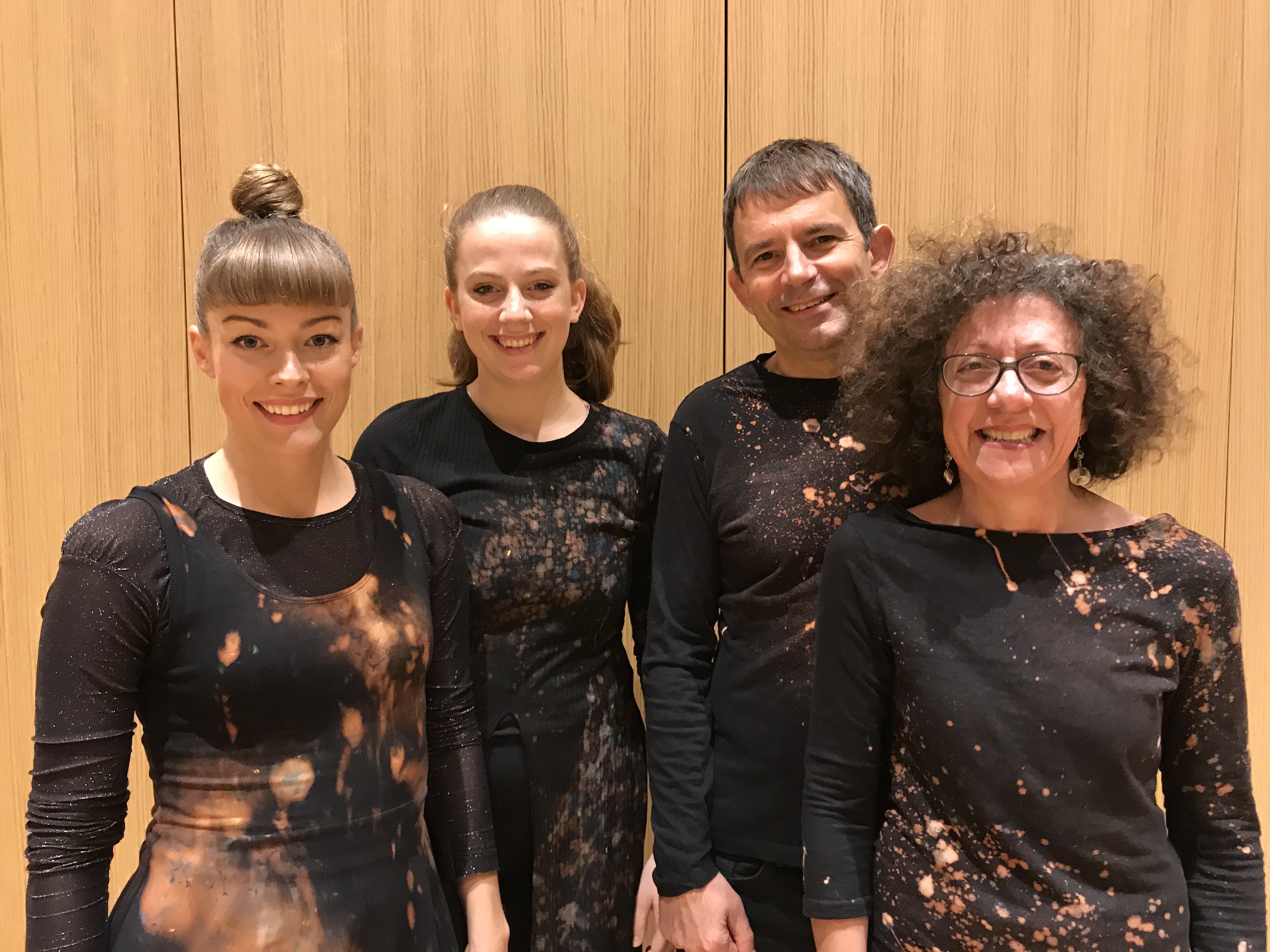 ‘Sounds of space’ combines plasma wave science with music, dance, film and gaming to develop innovative outreach. We report on our latest performance which included experimental and interactive dance followed by a quiet and reflective audio/visual experience.

‘Sounds of space’ is a project that combines plasma wave science with music, dance, film and gaming to develop innovative outreach, as reported in the A&G article ‘Turning the sounds of space into art’. A new and immersive performance of the ‘sounds of space’ was showcased at Storey’s Field Centre, Eddington, on Friday 25 October as part of the Cambridge Festival of Ideas. BAS space weather scientist, Dr Nigel Meredith, explained the process of converting space radio waves to waveform audio and introduced the audience to the individual personalities of the ‘sounds, including the charming Earth ‘chorus’ and the haunting ‘sounds’ of radio emissions from Saturn.

Cambridge-based, artist-engineer Diana Scarborough then described the creation of the accompanying animated soundscapes, which combined the ‘sounds’ with original video sequences and music from leading Australian composer, Kim Cunio. Diana Scarborough said: “My artist-engineer role is to be catalyst for promoting new ways of thinking and presenting scientific research. My collaboration with Nigel Meredith is a sound-led art-science journey using space weather ‘data as audio’ rather than as a graphical interpretation”

The talks were followed by an experimental and interactive performance in which professional dancers Becky Byers and Felix Denton explored the soundscapes through contemporary dance. They danced amongst the audience as they responded to the sound-led, data-driven journey from Antarctica to beyond the galaxy.

Becky Byers said: “For this performance, we as dancers wanted to recreate the inherent energy of the ‘sounds of space’ and share it with the audience in close proximity. By taking away the standard divide between audience and performers, we were able to play with the space and energy of the room to transform Storey's Field Centre into an atmosphere of movement. Using this as a scratch night to test the reaction of our audience, we hope to develop this into a fully immersive experience in the future.”

The final, frenetic piece of music and dance, featuring the ‘sounds’ of pulsars, colliding neutron stars and merging black holes, was followed by a serene meditative experience featuring ‘sounds’ from the VLF receiver at Halley, images of Antarctica from the BAS image collection and the beautiful piano music of Kim Cunio. For this piece, Diana Scarborough invited the audience to find comfortable positions on their chairs or the floor so that they could enjoy Kim’s music coupled to the mysterious, natural ‘sounds of space’ as a truly relaxing experience.

The event concluded with an enthusiastic discussion panel to develop ideas for the staging of the next ‘sounds of space’ event and the audience were invited to reach out to the team with proposals for future collaborations.

They danced amongst the audience as they responded to the sound-led, data-driven journey from Antarctica to beyond the galaxy.

We hope to develop this into a fully immersive experience in the future.