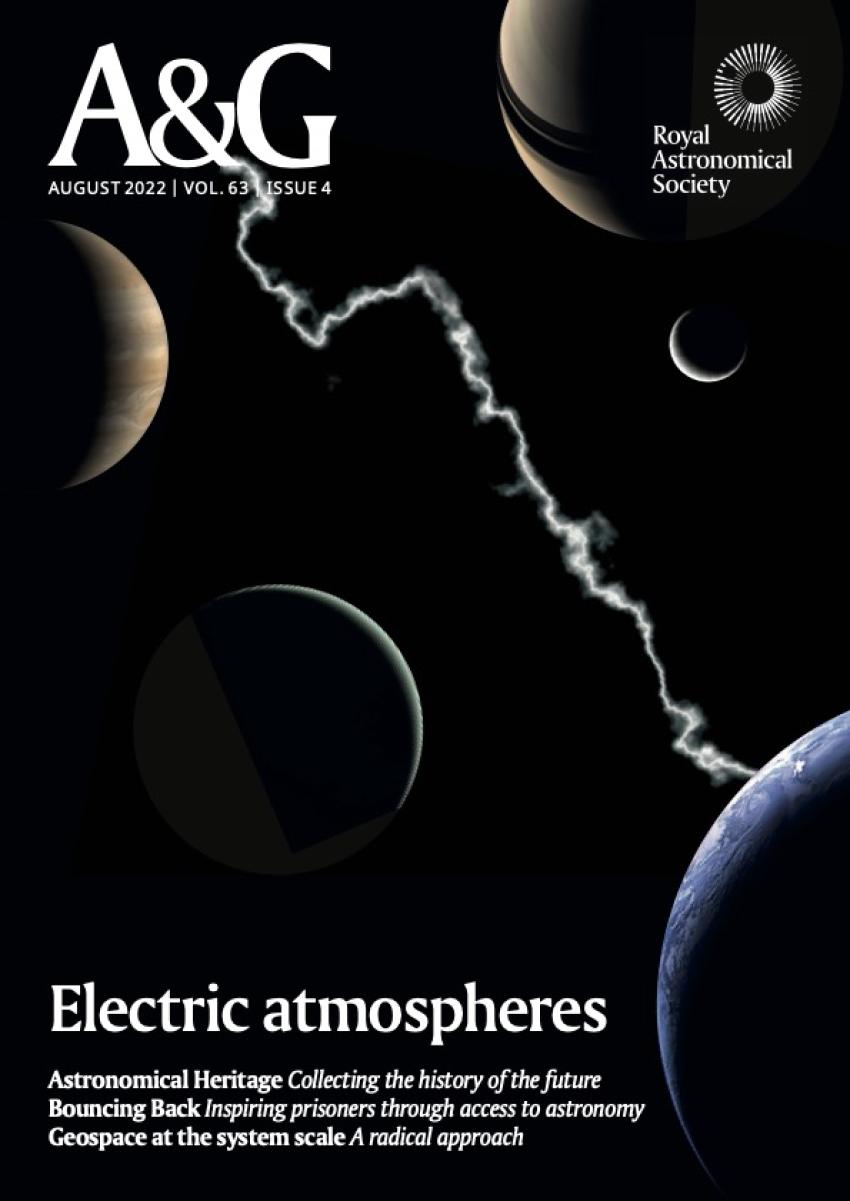 It’s an electric issue this time, featuring the RAS’s James Dungey Lecturer writing about atmospheric electricity on Earth and other planets. Alongside this treat, we eavesdrop on historians of astronomy discussing the challenge of preserving the heritage of the subject, explore Jodrell Bank’s new heritage centre and have a quick look at the wonders of Gaia Data Release 3.

Karen Aplin’s Dungey Lecture ‘The Charge of the Spheres’ provides an insight into the processes behind Earth-based lightning, and how they may operate in the very different environments of the planets and their moons. A necessary part of this is understanding what instruments have explored those planets and what we might need in order to find out more. Aplin also highlights the significant contributions made to the field by the Scottish Nobel Prize winner CTR Wilson – and what they might mean for Uranus and Neptune.

Space has long been recognised as a source of national prestige, inspiration for technological careers and as a driver for economic success. One nation developing its space industry is India, and on pages 27-29, Ritesh Singh sets out the goals and acheivements of the nation’s first astronomical satellite. He outlines the progress from detectors on missions such as Spacelab through to the Chandrayaan Moon missions, with a focus on the success of the multiwavelength AstroSat.

Astronomy also plays an inspirational role closer to home. As part of the RAS200 bicentenary outreach project RAS200, Bounce Back have been using astronomy as a way to open doors for prisoners. Working with RAS Fellows, the team have offered workshops and activities around astronomy and geophysics in prisons, expanding horizons  in ways that support positive futures after prison. You can read about their work before and after lockdown on pages 36-37. And a former prisoner who benefitted from Bounce Back’s sessions addressed MPs and others attending an RAS reception at the Palace of Westminster; her powerful speech is worth a read.