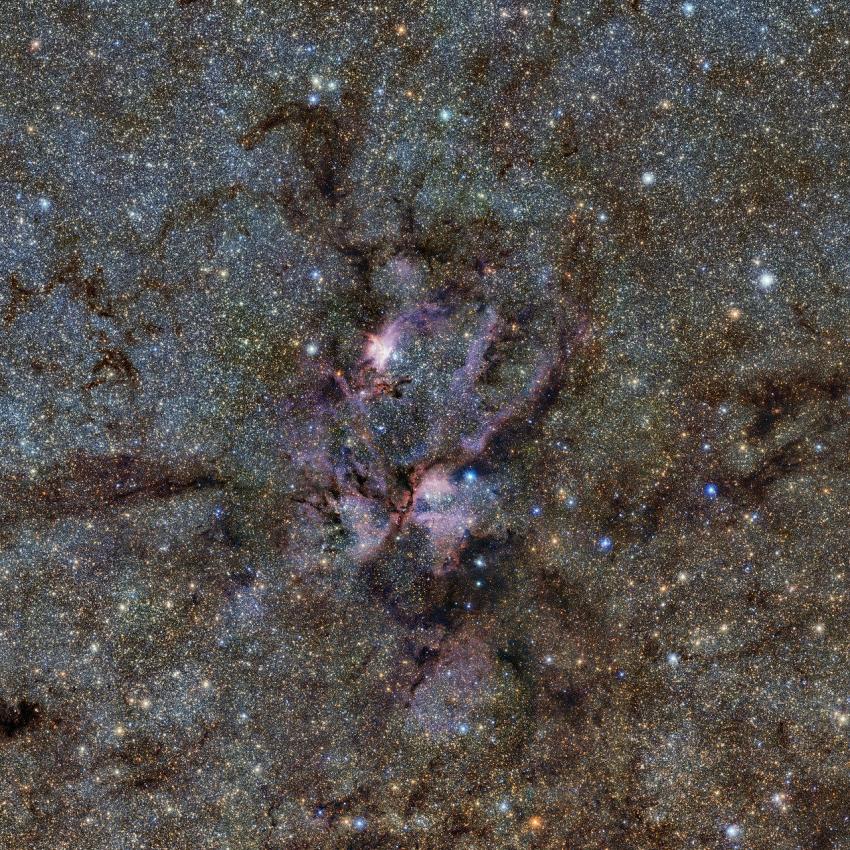 A new study has identified the first known permanent population of asteroids originating from outside our Solar System. The objects are believed to have been captured from other stars billions of years ago, and have been orbiting our Sun in disguise ever since. The work is published in the journal Monthly Notices of the Royal Astronomical Society.

The first interstellar visitor, the asteroid known as ‘Oumuamua, hit the headlines in 2017, however it was just passing through. The newly-identified asteroids on the other hand are thought to have been present almost since the birth of our Solar System, 4.5 billion years ago in a star cluster where each sun had its own planets and asteroids.

“The close proximity of the stars meant that they felt each others’ gravity much more strongly in those early days than they do today,” explained Dr Fathi Namouni, lead author of the study. “This enabled asteroids to be pulled from one star system to another.”

In the new work, Dr Namouni (Observatoire de la Côte d'Azur, France) and co-author Dr Maria Helena Morais (Universidade Estadual Paulista, Brazil) ran numerical simulations to turn back the clock to the earliest days of the Solar System, producing a snapshot that allowed them to see where the asteroids were originally located.

At the time of the snapshot, the asteroids were orbiting the Sun in a distant region beyond the reach of the original Solar System disc, and also moving perpendicular to the orbital plane shared by the planets and other asteroids. These two observations indicate that the new group did not originally belong to our Solar System, but must have been captured from the interstellar medium during planet formation.

“The discovery of a whole population of asteroids of interstellar origin is an important step in understanding the physical and chemical similarities and differences between Solar System-born and interstellar asteroids,” commented Dr Morais.

She adds: “This population will give us clues about the Sun’s early birth cluster, how interstellar asteroid capture occurred, and the role that interstellar matter had in chemically enriching the Solar System and shaping its evolution.”

https://ras.ac.uk/media/435
The Centaurs in the study have so far not been imaged directly. Their sizes range from 10km to 300km, and small Centaurs may look like the 53km asteroid Mathilde imaged by NASA’s NEAR Shoemaker mission in 1997. Credit: NASA / NEAR Shoemaker.