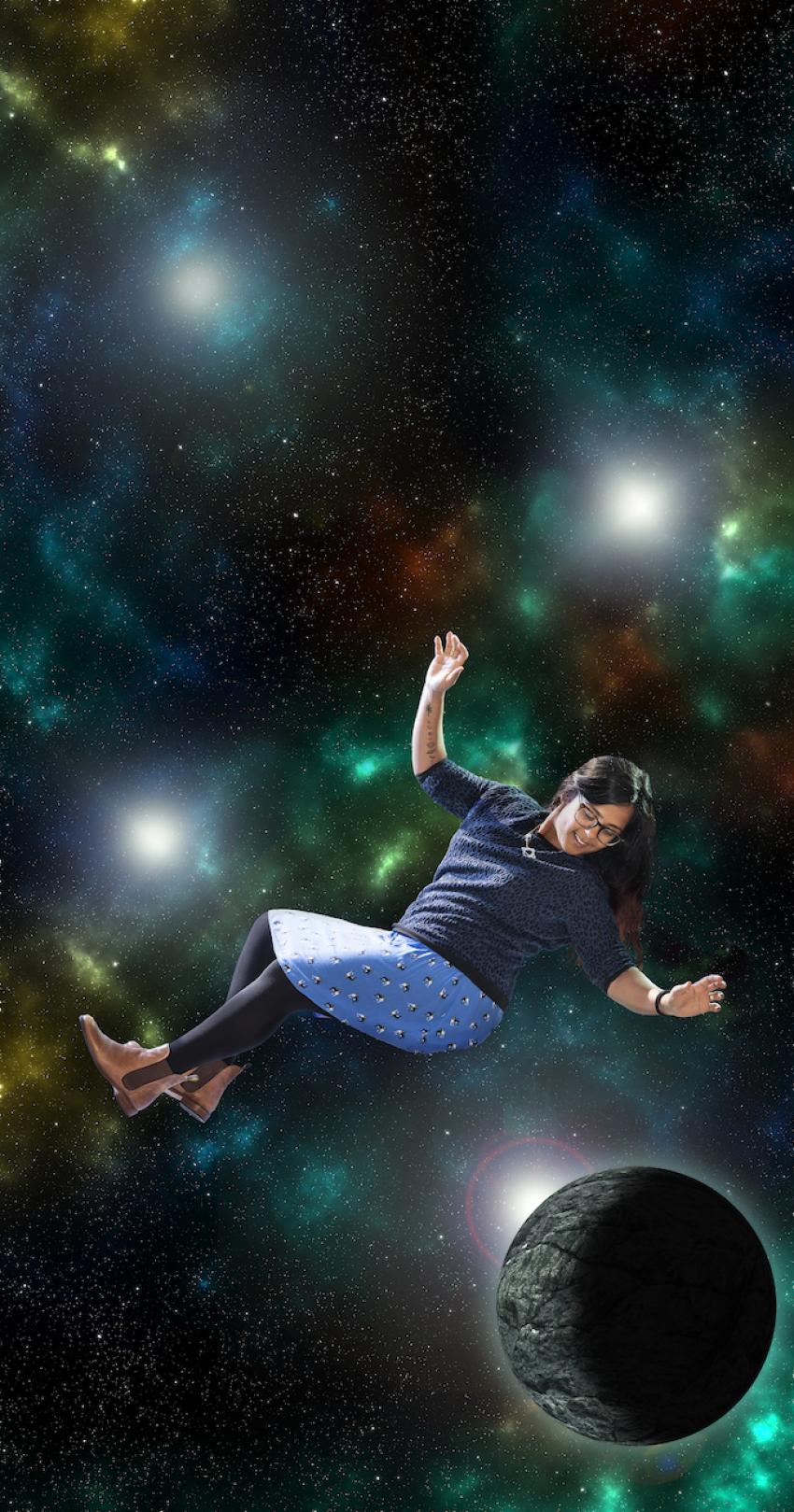 Sheila is a planetary physicist, broadcaster, comedian, author and teacher, with a background in research as part of the Cassini science team, studying Saturn’s magnetosphere. She is the co-founder of the STEMsisters charity, a STEM ambassador and a representative of ScienceGrrl. Since 2014, she has been the Education, Outreach and Diversity Officer of the Royal Astronomical Society (RAS), where she has transformed the public engagement activity of the Society, delivering a comprehensive programme across the UK, concentrating on areas of socioeconomic deprivation and cultural diversity. She has written five non-fiction books for children.

Sheila wins the prize jointly with the team behind The Travelling Telescope, Susan Muraban and Daniel Chu Owen, who have enabled thousands of children in under-served regions of Kenya to engage with astronomy and planetary science through a portable telescope, inflatable planetarium and outreach resources.

The awards ceremony took place during the Europlanet Science Congress (EPSC) 2020 virtual meeting on Tuesday 22nd September with 15-minute prize lectures by the winners. Both winners will receive an award of 4,000 Euros.

Dr Becky Parker, Chair of the Education and Outreach Committee of the RAS, said: “I cannot think of any person more actively engaged in promoting physics and astronomy than Sheila. Collaborators all value her clear and purposeful determination to raise the profile of physics and astronomy and develop engagement in a number of new ways, always thinking about how to support teachers and students. In this extraordinary time of COVID 19, she has been incredibly innovative, providing online activities, teacher training, national activities. Her commitment to such a range of public engagement activities well beyond her day job is phenomenal.”

Philip Diamond, Executive Director of the RAS, added: “This is a fitting and really well deserved award for Sheila's superb public engagement work over many years.”