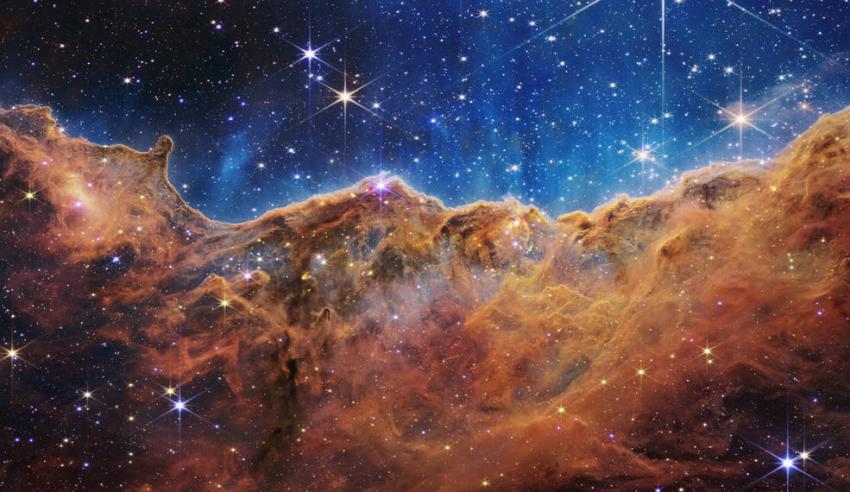 Astronomers at the 2022 National Astronomy Meeting today celebrated the release of new images and data from the James Webb Space Telescope (JWST), following the release of the very first image from the telescope by President Biden on 11 July. Together, the five images form the complete set of the first full-colour images and spectral data from JWST.

The brand new images show the first targets of the telescope: The Carina Nebula, one of the largest and brightest nebulae in the sky; the Southern Ring Nebula, an expanding cloud of gas, surrounding a dying star; Stephan’s Quintet, a compact galaxy group; and the spectrum of WASP-96 b, a giant planet outside our solar system, composed mainly of gas.

RAS President, Professor Mike Edmunds, says, “To gaze so far out into the Universe and back in the past is such a privilege for us all. I am really looking forward to the new fundamental results which will come from the detailed analysis of these observations. Astronomers all around the world will be delighted to see how well this extraordinary telescope is performing. Well done everyone.”

The full set of images is available at https://www.nasa.gov/webbfirstimages

About the James Webb Space Telescope

The James Webb Space Telescope is the world's premier space science observatory. Webb will solve mysteries in our solar system, look beyond to distant worlds around other stars, and probe the mysterious structures and origins of our universe and our place in it. Webb is an international program led by NASA, the ESA (European Space Agency) and CSA (Canadian Space Agency).