Rewinding a supernova with machine learning 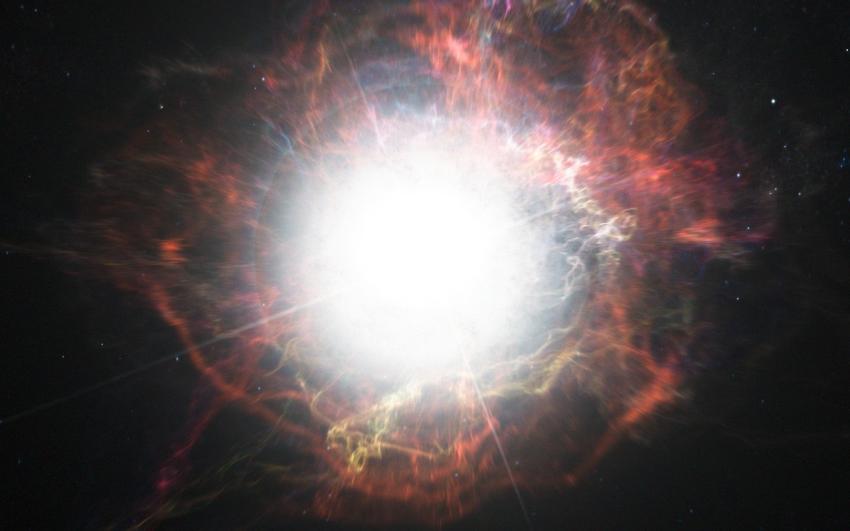 New work looks at using machine learning to decipher the early stages of supernovae explosions by reconstructing the light emitted during the outburst. The research was presented today at the 2022 National Astronomy Meeting by Eleonora Parrag, a PhD student at the University of Cardiff.

The most massive dying stars can produce some of nature’s brightest fireworks: supernova explosions. These can be used to probe distances in space and answer questions about our universe, as well as producing much of the very material which makes up the world around us.

The physics governing a supernova changes in the hundreds of days past its explosion; snapshots of this physics can be captured in terms of a supernova’s spectrum – where the light is dispersed by wavelength in the way we see the colours in a rainbow. Spectra contain signatures of the elements in the explosion and can reveal the conditions involved. However, this is a limited resource. More spectra would provide important information on the ever-evolving physics surrounding supernovae and a greater ability to compare to and study their populations across cosmic time until the dawn of the universe.

Parrag’s work looks at filling in this missing information with machine learning, algorithms that learn by being ‘trained’ on existing observations of hundreds of supernovae. They can construct whole artificial spectra based on only a few data points which are easily measured from previously observed supernovae. Filling in the gaps for these existing data points then allows a spectrum to be constructed for any past explosion up to around 200 days past the explosion.

The team find that their artificial spectra reproduce many of the features seen in real supernova explosions.

Project lead Eleonora Parrag says, “Machine learning can help us find patterns and potentially even new ideas in physics in the huge amounts of data from supernovae we can observe now and in the foreseeable future.” She adds: “It's a really promising avenue to explore in astrophysics right now and I'm very excited by what we may discover about supernovae in the future!”

Further work in this area will look at applying this algorithm to all kinds of supernovae, as well as improving the algorithm and increasing the number and variety of supernovae used in training.