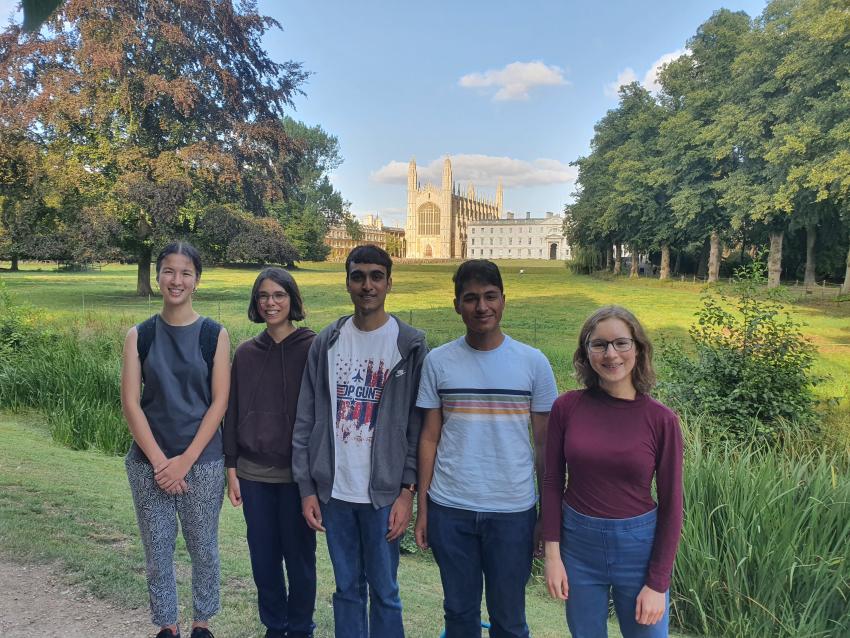 The UK Team for the 2021 International Olympiad on Astronomy and Astrophysics, at the Cambridge training camp in August.
Credit
Charles Barclay
Licence type
Attribution (CC BY 4.0)

Students at UK schools have won their largest ever haul of medals in the International Olympiad on Astronomy and Astrophysics. The team of three girls and two boys were among 298 pupils from 48 countries, with the online competition run from Bogota in Colombia. All team members were successful, winning two gold medals, two silver medals and one bronze medal. The winners are:

The team were led by Dr Alex Calverley of the Royal Grammar School in Guildford and Nick Koukoufilippas of the University of Oxford.

Philip Diamond, Executive Director of the Royal Astronomical Society was delighted at the results. He said: “It’s always a pleasure to see young people doing so well in astronomy and astrophysics. We’re incredibly proud to see these results, a testament to such a talented team. My congratulations to you all!”