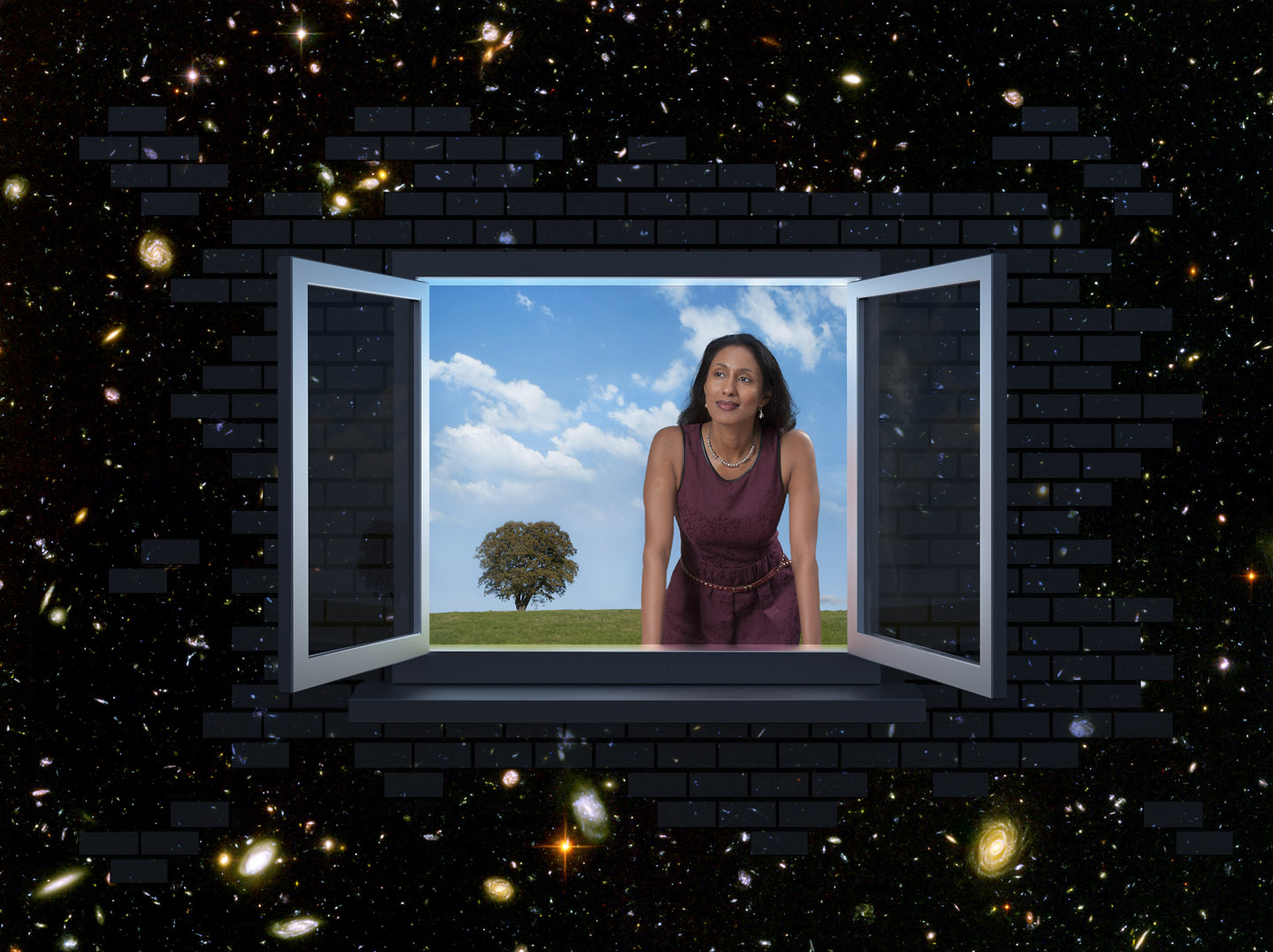 Professor Hiranya Peiris, one of the vice-presidents of the Royal Astronomical Society, is part of the team of winners of the 2018 Breakthrough Prize in Fundamental Physics. Credit: Max Alexander

Professor Hiranya Peiris, one of the vice-presidents of the Royal Astronomical Society, is part of the team of winners of the 2018 Breakthrough Prize in Fundamental Physics. The scientists worked on the Wilkinson Microwave Anisotropy Probe (WMAP) satellite, launched in 2001. Over the following nine years, WMAP charted the tiny variations in the cosmic microwave background, the residual heat left over from the Big Bang.

WMAP's results helped established the standard model of cosmology that now prevails, where the universe is dominated by an invisible and still mysterious dark energy making up more than 70% of its content, with just under a quarter comprising dark matter of unknown composition, and less than 5% consisting of ordinary matter seen in stars and planets.

RAS President Prof John Zarnecki commented: ""As well as being an excellent vice-president, Hiranya is an outstanding scientist, and I'm delighted but not wholly surprised that she's shared in this prestigious prize. I would like to congratulate her and the whole team on their win, recognising the seminal contribution of WMAP and the astronomers who worked on its results."

Prof. Peiris, of University College London, will share the US$ 3 million prize, which recognises major contributions in fundamental physics, with the 26 other members of the WMAP Science Team.