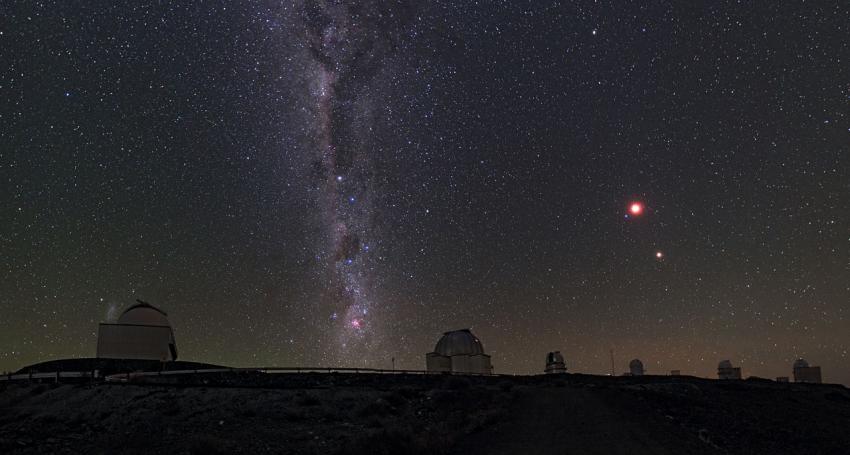 The Royal Astronomical Society notes with concern the launch of the new SpaceX Starlink constellation of satellites into low-Earth orbit, and the potential impact of this and other programmes on views of the night sky and on astronomical research.

Starlink, and other similar networks planned by OneWeb, Amazon and Telesat, aim to provide global commercial internet coverage. Each network consists of thousands of satellites in low-Earth orbit – less than 2,000 kilometres altitude – that when fully deployed will be visible over a significant proportion of the sky from most of the inhabited world.

In their final orbits, the satellites will be relatively faint most of the time. Initial images of the constellation though suggest that they will exhibit frequent reflective flaring, where transient alignment with sunlight leads to temporary surges in brightness.

Increasing the number of satellites so significantly presents a challenge to ground-based astronomy. The deployed networks could make it much harder to obtain images of the sky without the streaks associated with satellites, and thus compromise astronomical research.

Given the scale of these projects, there is also the prospect of a significant and lasting change to the views of the night sky until now enjoyed throughout human history and pre-history. The night sky is part of the cultural heritage of humanity, and the Society believes that it deserves protection.

There appears to have been no consultation between SpaceX and the scientific community in advance of the Starlink launch, though since initial press reports we note that Elon Musk has responded indicating he wishes to minimise the impact on astronomy.

The Society welcomes this offer. We urge SpaceX, and other satellite providers, to work with scientists, engineers and others to mitigate the effects of the new constellations. We also ask that the provider companies consider the impact on human heritage too – an issue that goes far beyond the concerns of the astronomical community.