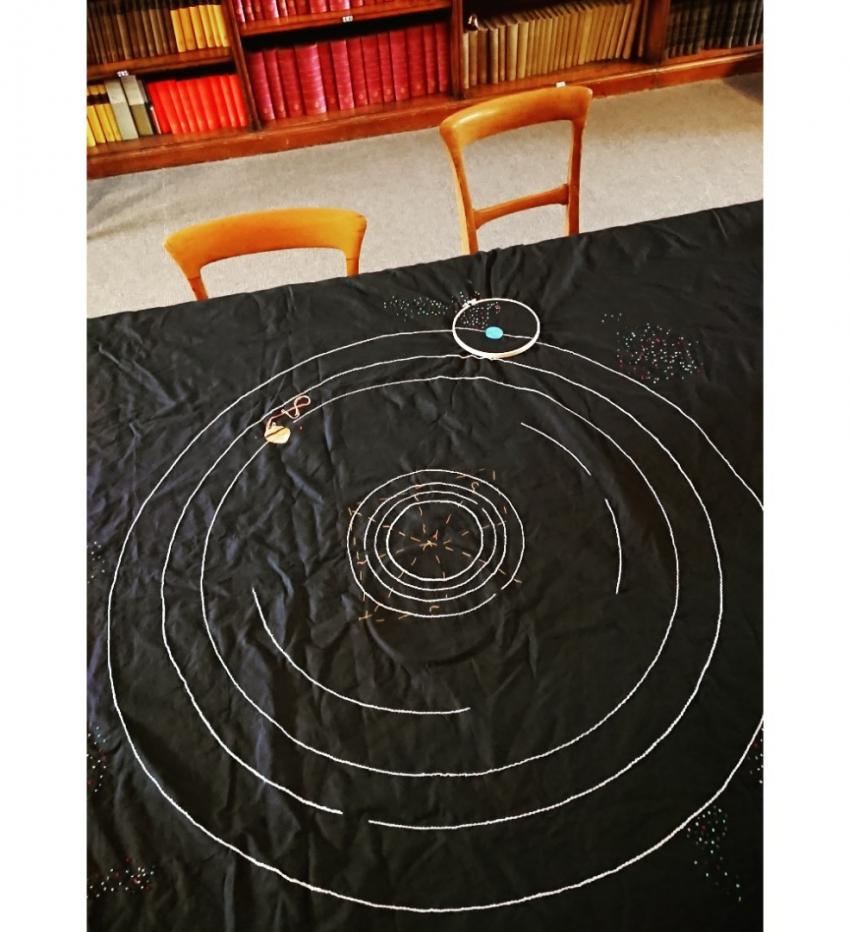 Most of the planets' orbital paths have been completed on the solar system side of the quilt.
Credit
Annie Hogan/Royal Astronomical Society
Licence type
All Rights Reserved

It's been 18 months since the launch of the RAS Bicentennial Quilt Project and although we haven't been able to complete the project by the original deadline (December 2020) we have reached an exciting milestone...

A total of 100 squares have been sent in by embroiderers, felters, knitters, artists and creatives from around the world.

The squares depict planets, telescopes, galaxies, stars, meteorites and comets, many are miniature masterpieces in their own right. Not only did participants give their time and skills, some also provided a background story, either about the subject of their square or about themselves and the reason they picked that particular design. The quilt itself has become a story weaved together by so many hands, so many people and all of their experiences.

One hundred took us well beyond the number of squares needed for the patchwork side of the quilt which meant we faced the difficult challenge of choosing which ones to include and which to omit. This task proved to be impossible and so RAS staff have decided to include all of the 100 squares on the bicentennial quilt.

Since the last update at the end of September 2020:

More information about the project can be found on the original RAS Bicentennial Quilt article.