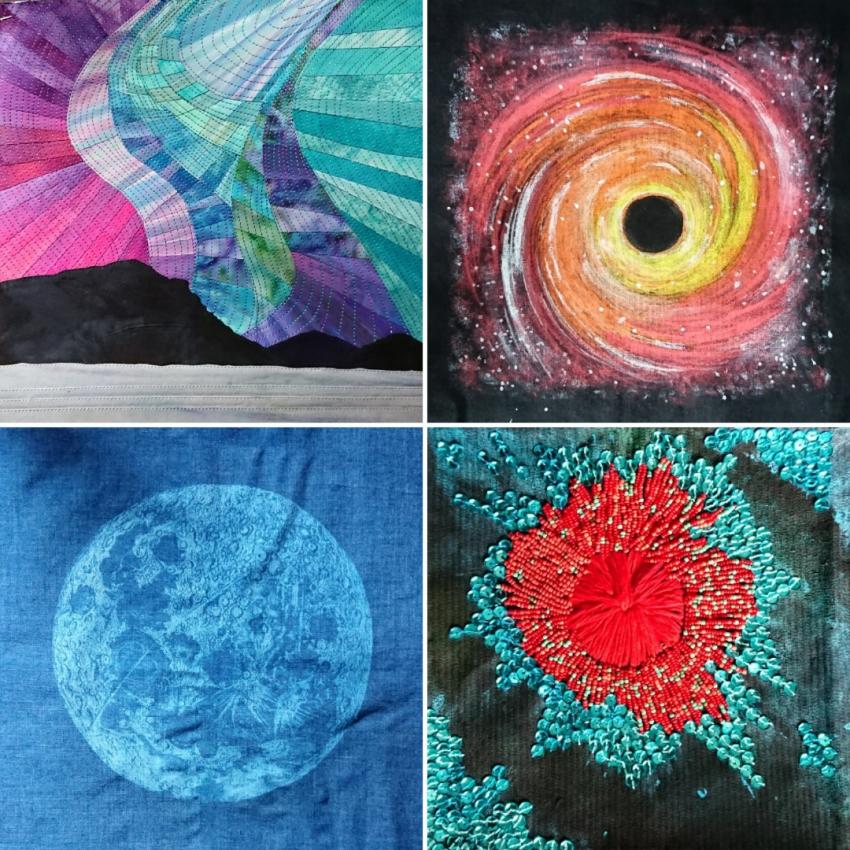 The RAS bicentennial quilt project officially launched at the beginning of October 2019. Since then the society has:

- The orbital paths of Neptune, Uranus, Earth and Mercury have been completed.

- Work has begun on Saturn and the Kuiper belt.

- The squares depict a variety of astronomical and geophysical images (see picture above).

- The squares have been made using a variety of methods including: patchwork, beading, embroidery, fabric printing and cyanotype.

There's still time to get involved in the project, click here for more information.