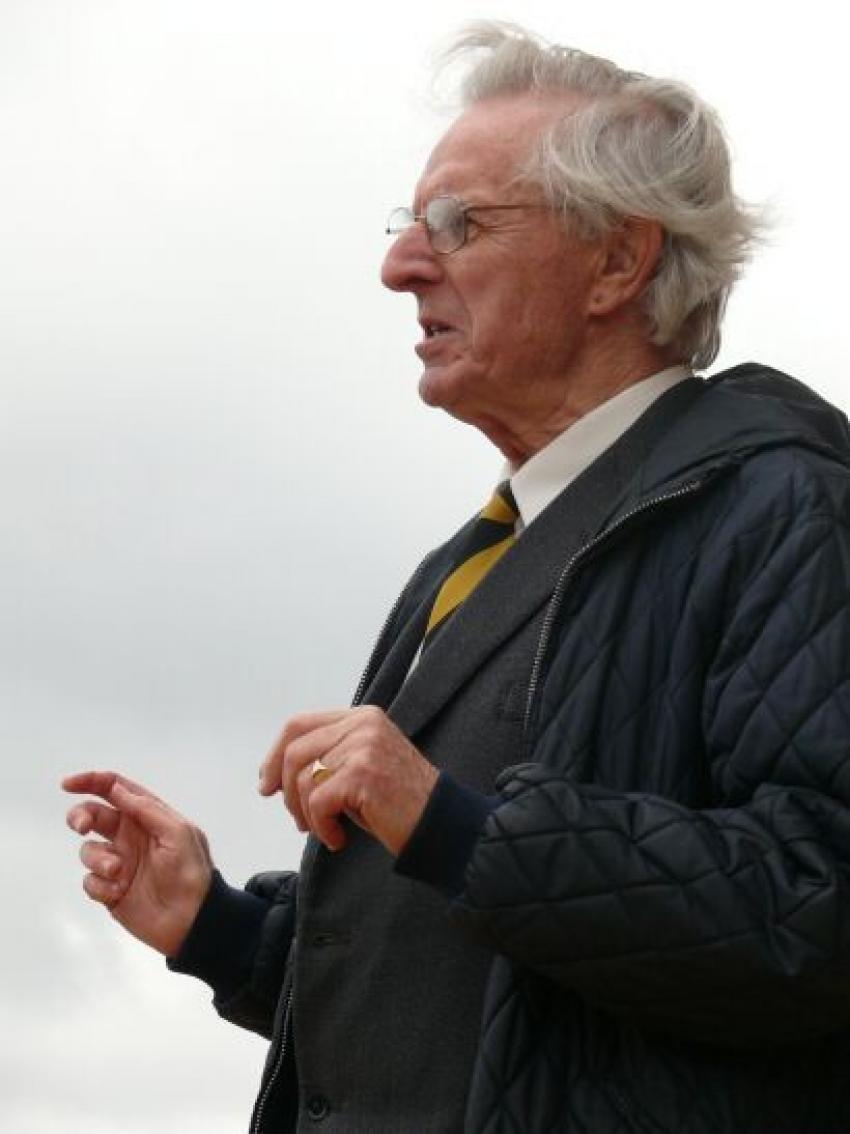 Sir Arnold Wolfendale at the opening of the Kielder Observatory in 2008
Credit
Jim Cornmell
Licence type
Attribution (CC BY 4.0)

The Royal Astronomical Society offers its sincere condolences to the family, friends and colleagues of Professor Sir Arnold Wolfendale, who has died at the age of 93.

Professor Wolfendale completed his PhD at the University of Manchester in 1953, where he began his lifelong and pioneering research into cosmic rays, very high energy atomic particles detected in space and at high altitude, or on the ground through the shower of secondary particles they create. His achievements include measuring the energy spectrum of cosmic rays, and gaining an understanding of their distribution on the sky.

Moving to the University of Durham in 1956, he built up the astronomy department to become one of the strongest in the UK. He collaborated with scientists across the world, including in the Eastern bloc countries during the Cold War.

In 1977 Professor Wolfendale was elected a Fellow of the Royal Society. From 1981 to 1983 he was President of the Royal Astronomical Society, and he served as Astronomer Royal from 1991 to 1995, after which he received a knighthood. In these roles he argued for more funding for astronomy, and pushed for the reform of what was then called ‘public understanding of science’ to broaden its appeal.

“Arnold Wolfendale was a legendary figure. He was a central part of the postwar generation of scientists who moved beyond traditional optical telescopes to exploit new ways of understanding the wider universe. His pioneering inventions of instrumentation to detect and measure the properties of cosmic rays has had a profound impact on astronomy. His legacy goes well beyond academic research and he served our community exceptionally well through his wider leadership.”