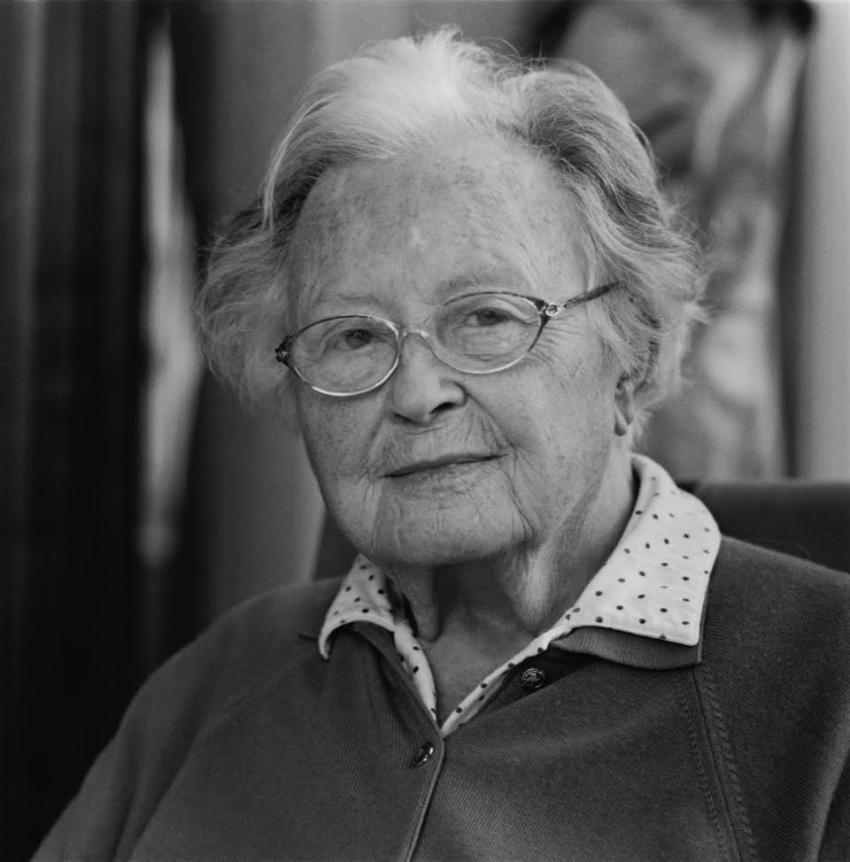 Margaret Burbidge was a global leader in astrophysics, helping to formulate our understanding of stellar nucleosynthesis, and becoming the first female director of the Royal Greenwich Observatory and president of the American Astronomical Society.
Credit
Lucinda Douglas-Menzies / www.douglas-menzies.com
Licence type
All Rights Reserved

The Royal Astronomical Society offers its condolences to the family, friends and colleagues of Professor Margaret Burbidge, who has died at the age of 100.

A member of the Society for 80 years, Margaret Burbidge was a global leader in astrophysics. After doctoral research at Mill Hill Observatory in London during the Second World War, Burbidge moved to the United States in 1951 to take up a post at Yerkes Observatory, and returned to the UK two years later. She was lead author with William Fowler, Fred Hoyle, and her husband Geoffrey Burbidge on the 1957 seminal paper of stellar nucleosynthesis – the formation of elements through nuclear reactions in the core of stars.

Burbidge worked at the Mount Wilson Observatory in California (initially by subterfuge when it was men-only), and in 1971 became the first female director of the Royal Greenwich Observatory. She left the role in 1974 to become director of the Center for Astronomy and Space Sciences at the University of California San Diego. Her later scientific achievements included pioneering work on the masses, compositions and rotation of galaxies, and the study of quasars. In 1990 she helped to develop the Faint Object Spectrograph for the Hubble Space Telescope.

In 2005 she received the Gold Medal of the Royal Astronomical Society, awarded to her and her husband Geoffrey.

Philip Diamond, Executive Director of the Royal Astronomical Society said: “Margaret Burbidge was a giant of astronomy. She blazed a trail of scientific excellence for over half a century and leaves an enormous scientific legacy, not least in helping us understand the origin of the elements that we ourselves are made of.”