A message from the past: UK astronomers comment on the first JWST image 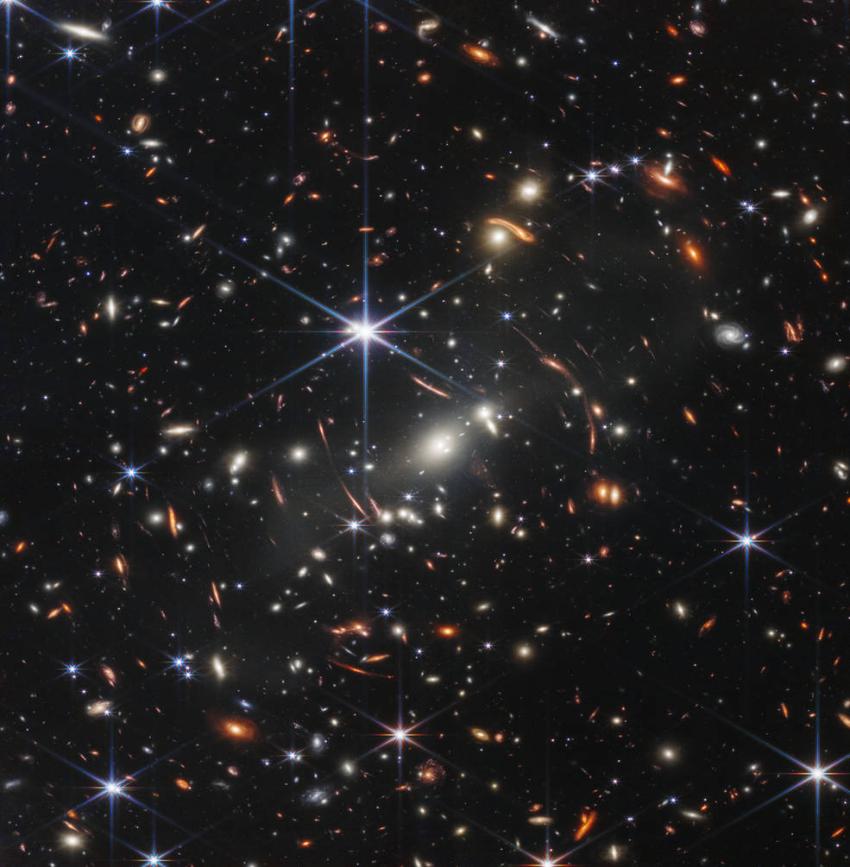 The first image from the James Webb Space Telescope (JWST) was revealed last night (11 July) by US president, Joe Biden. The image, of a galaxy cluster called SMACS 0723, showcases the faint, intricate structures of extremely distant galaxies in the most detailed view of the early universe to date. Today, UK astronomers share their initial reaction to the image, now called Webb’s First Deep Field.

Dr Hannah Wakeford, an exoplanet specialist from the University of Bristol, says: “This is just the start of a marathon of amazing images that will reveal the deepest wonders of the universe. The first image is a minor glimpse of what is to come. Twelve and a half hours to look back over 13 billion years of time. In that image is thousands of galaxies, billions of stars and trillions of planets. How can you not be in awe?”

Dr Stephen Wilkins, the Head of Astronomy at the University of Sussex and an expert when it comes to distant galaxies, says: “Last night's reveal of the first scientific image from JWST provides its first glimpse into the distant Universe. Clusters of galaxies like SMACS J0723.3-7327 act as enormous natural lenses enabling us to see fainter objects - sometimes even individual stars - in the early Universe. This image demonstrates just how powerful JWST will be for studying the distant Universe.”

“First of all, big shoutout to all the people behind NASA, ESA and CSA for making this happen, it’s incredible,” says Eva-Maria Ahrer, a PhD student at the University of Warwick whose research focuses on exoplanet atmospheres. “It’s absolutely stunning that we can see so many objects from the early universe captured in one image covering a small piece of the sky, and the beautiful effects of gravitationally lensing taking place. I’m very excited to see the upcoming science from images like that from this once-in-a-generation telescope!”

Dr Nathan Adams, a research associate at the University of Manchester, says: “Within minutes I was awash with notifications from my colleagues about the noticeable improvement in depth compared to Hubble. With just a simple picture, people are already finding galaxies which previously didn’t show up in the imaging we had of this patch of sky. I can’t wait to see what we can do when we get hold of these images properly!”

Dr Aayush Saxena, a research fellow in Extragalactic Astronomy at University College London (UCL), says: “It was incredible to see this stunning multi-colour image of the galaxy cluster, complete with beautiful ‘arcs’ that arise due to the bending of light from objects that lie behind massive clusters of galaxies. To be able to achieve such sensitivity and resolution at infrared wavelengths is truly paradigm shifting, opening up a whole range of possibilities. These capabilities will be revolutionary to detect some of the first galaxies to have formed in the Universe. Overall, this was an amazing teaser of JWST’s revolutionary capabilities, and I cannot wait to see more data.”

This afternoon (Tuesday 12 July), three more images and the first of the spectra will be released. The Royal Astronomical Society will be hosting five experts for a press briefing taking place at the National Astronomy Meeting (NAM 2022) at 16:00 BST. Join online here.