Look out for Comet NEOWISE! 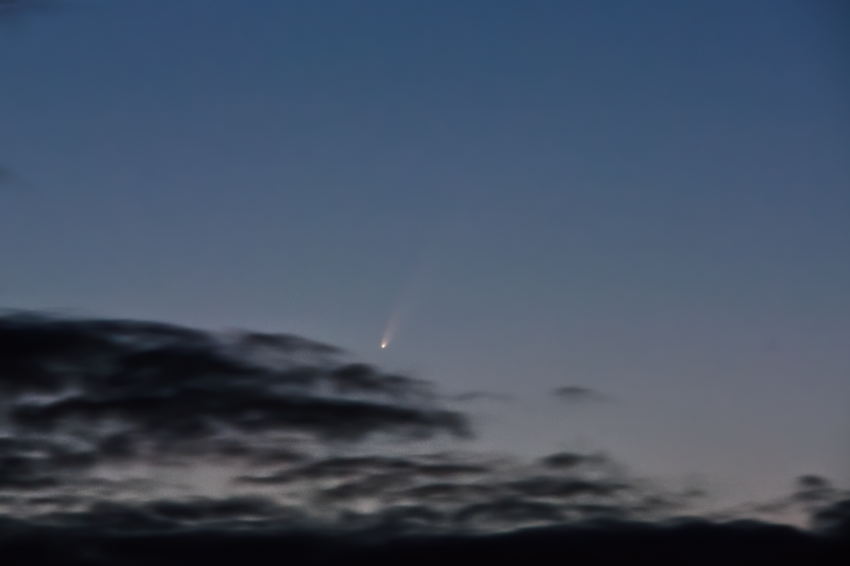 This month astronomers in the northern hemisphere are enjoying views of Comet C/2020 F3 (NEOWISE), discovered in March by the NEOWISE space telescope. The comet survived its closest approach to the Sun on 3 July, and is now bright enough to be seen with binoculars in the early morning sky.

Comets are icy rocky bodies, typically mountain-sized, that spend most of their time far from the Sun. NEOWISE was last in the inner Solar System 4,500 years ago, and its present passage through the inner Solar system has changed its orbit, so it will not return for another 68 centuries.

NEOWISE is best seen from mid-northern latitudes in the morning sky for the first half of July, due north near the bright star Capella, then becomes more obvious in the evening sky later in the month. The finder chart shows the position of the comet on different dates from UK latitudes. 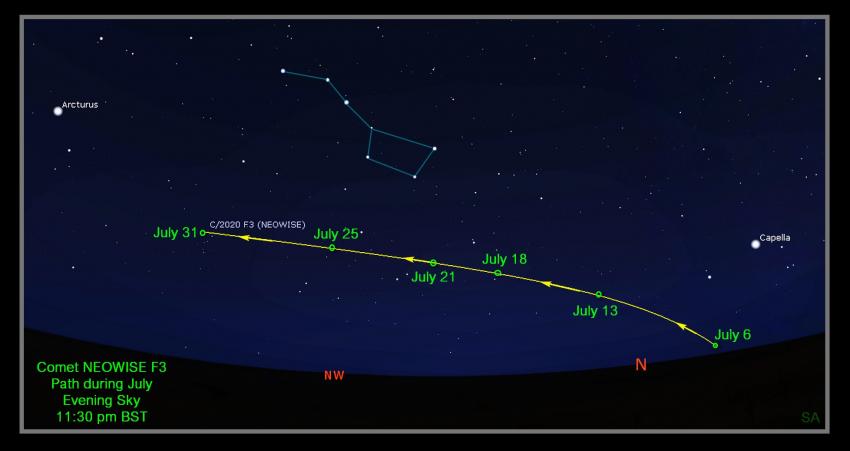 To find the comet, make sure you have a clear northern horizon unobstructed by tall buildings, and ideally away from major sources of light pollution. If you have them, use a pair of binoculars to look for the bright haze of the comet, and the fainter tails. There are reports of people being able to see it with the naked eye under good conditions, but some optical aid will always improve the view.

2020 has already seen two earlier comets, C/2020 F8 (SWAN), and C/2019 Y4 (ATLAS). However both of these broke up before becoming bright enough to be easily visible, disappointing observers who have not seen a truly spectacular comet since C/1995 O1 (Hale-Bopp) passed near the Earth in 1997.