Jupiter and Saturn come together in rare ‘Great Conjunction’ 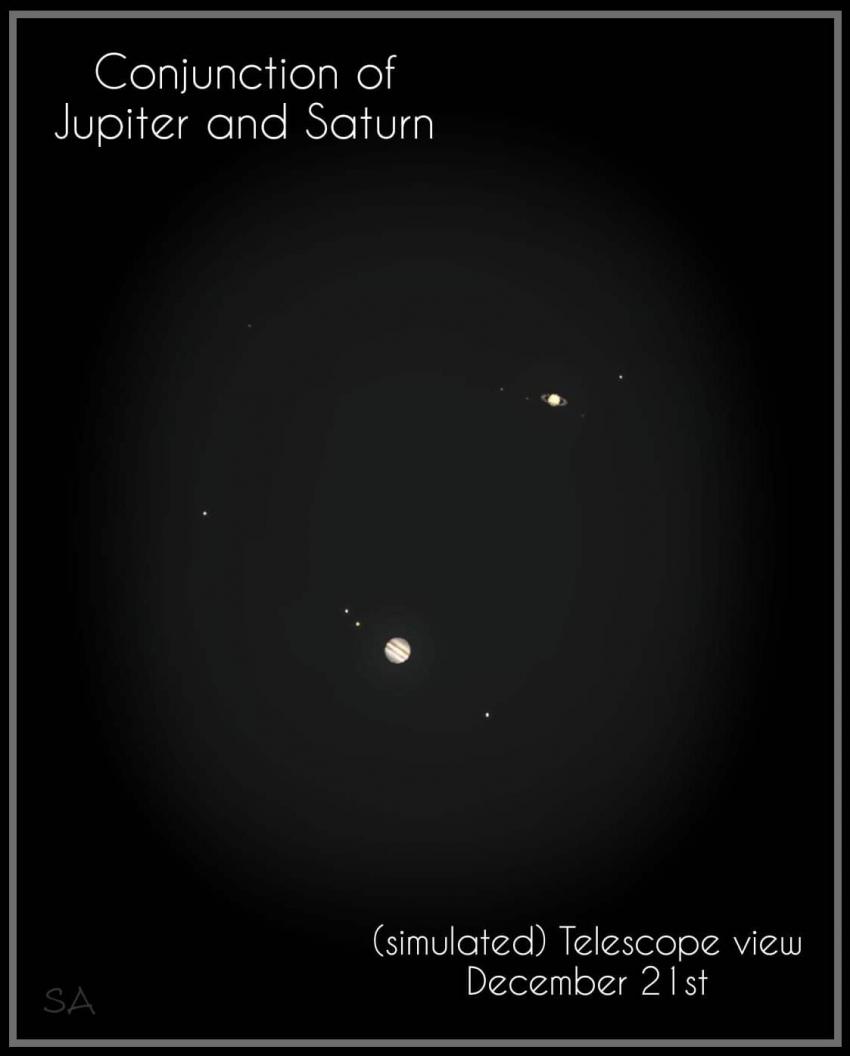 An illustration of how Jupiter and Saturn will appear on 21 December 2020 through a small telescope. Jupiter is at lower left, and Saturn is in the upper right.
Credit
Stuart Atkinson
Licence type
Attribution (CC BY 4.0)

On 21 December Jupiter and Saturn will appear closer together than at any time since the seventeenth century, in a rare ‘Great Conjunction’. The two largest planets in the Solar System will be just 0.1 degrees apart, or about one fifth of the diameter of the full Moon, and will be a spectacular sight in the south-western sky after sunset.

Conjunctions that are this close are very unusual, and Jupiter and Saturn were last seen in such close proximity in 1623. On that occasion, the two planets were close to the Sun in the sky, so would have been hard to pick out. The last time the planets were both this close and so easy to see was in 1226, long before the invention of the telescope. 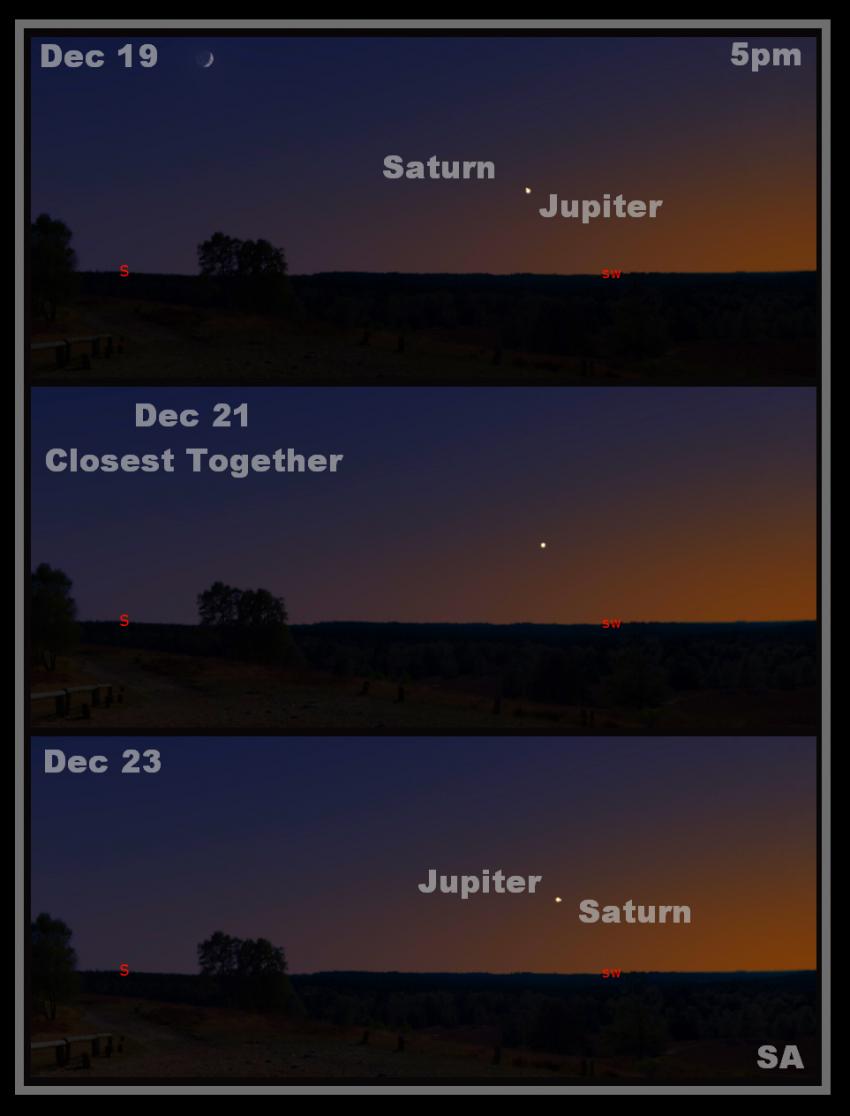 An illustration of the changing positions in the sky of Jupiter and Saturn from 19-23 December 2020. The two planets will be low in the southwest after sunset.
Stuart Atkinson
Licence type
Attribution (CC BY 4.0)

As they move around the Sun, the planets often appear near to each other in the sky. Although they appear close together, this is only an optical effect: on 21 December Jupiter and Saturn will still be almost 800 million kilometres apart, despite appearing to be almost next to each other from the Earth’s perspective.

To see the two planets, look low in the south-west after sunset. As the sky darkens, first Jupiter and then Saturn will become visible. Both planets are bright – in the case of Jupiter brighter than all the stars – so will be obvious in a clear sky. By 1700 GMT both planets will be less than ten degrees above the horizon for UK observers, so it is important to find a line of sight without tall buildings or trees that will block the view. 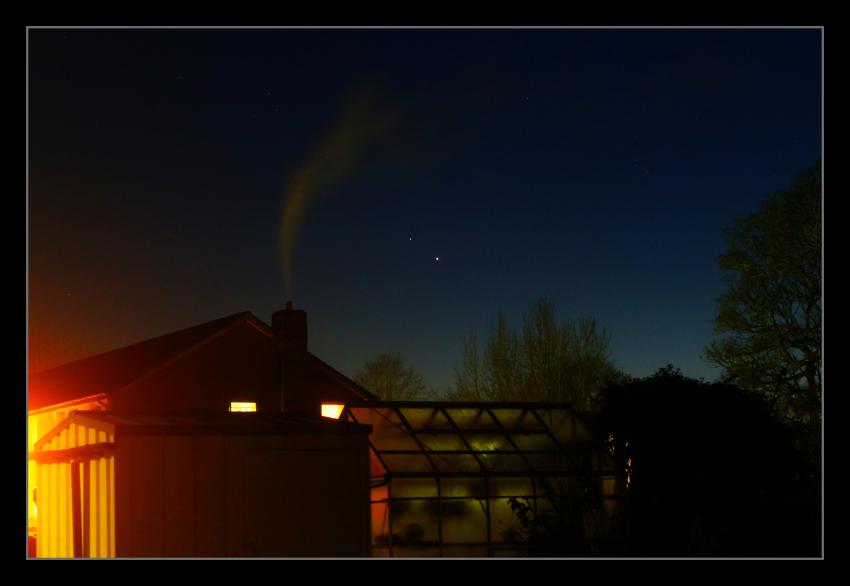 Image of Jupiter and Saturn from Cumbria on 12 December 2020. The two planets are visible in the centre, with Jupiter to the lower right and Saturn at upper left.
Stuart Atkinson
Licence type
Attribution (CC BY 4.0)

With the eye, the pair will appear as two bright points of light. Binoculars will show those points as slightly larger dots: viewers may also be able to make out the four largest moons of Jupiter, and possibly Saturn’s largest moon Titan. With a small telescope the two planets will be in the same field of view, an exceptionally rare event, and the cloud belts on Jupiter and the rings of Saturn should be obvious.

The conjunction is entirely safe to view with the naked eye, although seeing Jupiter and Saturn will of course need a clear sky. If there is bad weather on 21 December, the good news is that the two planets only appear to move apart very slowly, and will still appear unusually close together on the days that follow.