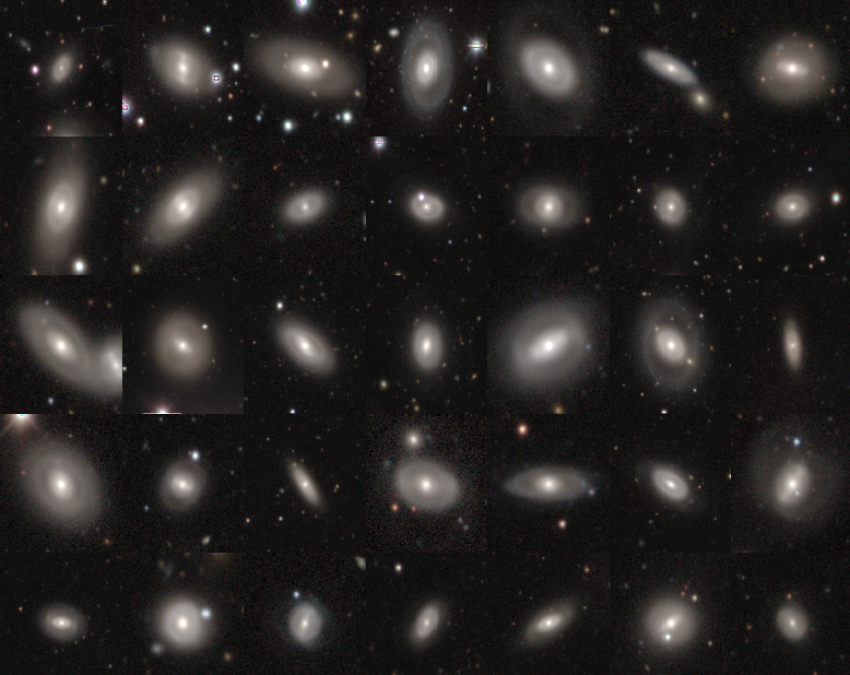 Human and machine intelligence worked together to find 40,000 ring galaxies, scientists at the National Astronomy Meeting will announce this week. Dr Mike Walmsley of the University of Manchester and the Galaxy Zoo collaboration will present the new work, describing how this “cyborg” approach measured the shapes of millions of galaxies.

Galaxies live a chaotic life. Collisions with other galaxies and bursts of energy from supermassive black holes disrupt the colours and orbits of billions of stars, leaving tell-tale markers that volunteers search for on the Galaxy Zoo website. But understanding exactly which cosmic events lead to which markers requires millions of measured images - more than humans could ever search.

To help, Dr Mike Walmsley used a decade of Galaxy Zoo volunteer measurements (totalling over 96 million clicks) to create an automatic assistant - a new AI algorithm. The algorithm, affectionately named “Zoobot”, can not only accurately predict what volunteers would say but understands where it might be mistaken.

The discovery of 40,000 rare ring-shaped galaxies is six times more than previously known. Rings take billions of years to form and are destroyed in galaxy-galaxy collisions, and so this giant new sample will help reveal how isolated galaxies evolve. The dataset will also tell scientists how galaxies age more generally.

Zoobot is designed to be retrained again and again for new science goals. Just like a musician can learn a new instrument faster than their first instrument, Zoobot can learn to answer new shape questions easily because it has already learned to answer more than 50 different questions. Dr Walmsley says: “With Zoobot, humans and machines are collaborating to push the science of astronomy forward. We’re helping other astronomers solve questions we never thought to ask”.

Galaxy Zoo Deputy Principal Investigator Dr Brooke Simmons, of the University of Lancaster, adds: “Galaxy Zoo turns 15 years old this week, and we are still innovating. The work Dr Walmsley is leading will make it possible for a new generation of discoveries to be made from upcoming large galaxy surveys.”

Galaxy Zoo recruits hundreds of thousands of volunteers to measure the morphology (shapes) of millions of galaxies. Galaxy Zoo celebrates 15 years this week, over which time the project has supported hundreds of scientific papers with the morphology measurements and with the serendipitous discovery of rare astrophysical objects like Voorwerpen found along the way.