Can you help us find the Moon Trees? 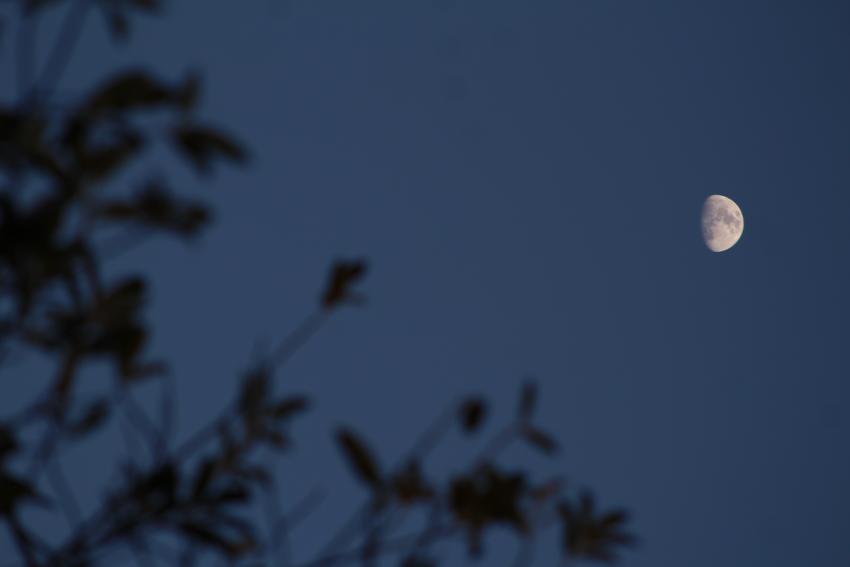 An image of the silhouette of a tree and the waxing gibbous Moon
Credit
Gurjeet Kahlon / RAS
Licence type
Attribution-ShareAlike (CC BY-SA 4.0)

There could be as many as 15 Moon Trees in the UK – trees grown from seeds flown around the Moon by NASA astronaut Stuart Roosa on the Apollo 14 mission in 1971. But where are they now? The Royal Astronomical Society and the UK Space Agency would love to know, in their joint quest to find these living pieces of space history.

Roosa took around 500 seeds from trees like the Sycamore - in the US known as the Sycamore Maple - and the Loblolly Pine with him on the mission. Although most of them were planted in the United States, around 15 may have come to the UK, BBC Radio 4's Gardeners' Question Time’s Christine Walkden told Professor Steve Miller, Vice President of the Royal Astronomical Society (RAS), when he asked a question on a recent edition of the show. If the resulting trees or their descendants could be traced, they might make a suitable planting as a slightly delayed way of marking the RAS bicentenary, celebrated in 2020.

In the month since the show, Professor Miller has followed up various leads, but so far without success. Kew Gardens and the Jodrell Bank Arboretum have no records of the seeds that supposedly came to the UK.

The RAS has been promised a cutting from a second-generation Moon Tree, growing in a private garden in the village of Flamstead in the Chiltern Hills to the north of London. “We’re incredibly grateful for that,” said Professor Miller. “But we still want to know if any Apollo 14 seeds did come to the UK and – if so – just what happened to them?”

NASA sent the Apollo Moon seeds into space to investigate whether and to what extent microgravity affects plants.

Research into its potential effects on seeds is still ongoing: in 2015, 2kg of rocket seeds spent six months onboard the International Space Station (ISS) with British European Space Agency (ESA) astronaut Tim Peake. When the seeds returned to Earth in 2016, children from schools and groups across the UK took part in an experiment to see if the radiation in space, which is up to 100 times more powerful than on Earth, would affect the seeds' germination. The results showed that, while the rocket seeds grew more slowly and were more sensitive to ageing, they were still viable.

The UK is home to seven apple trees that also went on a mission of a lifetime when they travelled to the ISS with Peake. The UK Space Agency cultivated the seeds from the very tree which inspired Newton to discover gravity.

"Sending seeds to space helps us understand the effect of the unique environment on seeds' biological makeup. Understanding the effects of space on ungerminated seeds will be vital for future space missions, including when we look to sustain human life beyond Earth.

"Space has a wonderful way of inspiring people. We saw that excitement when space saplings grown from the seeds from Newton’s apple tree were planted on our soil. I'll be interested in discovering if any of the Moon seeds came to the UK and what has become of them.

There are currently over 60 Moon Trees known to be alive on Earth, grown from the seeds of the 1971 Apollo mission.

The RAS would be delighted to hear from anyone with any information on the missing UK trees. You can get in touch via press@ras.ac.uk or by tweeting us @royalastrosoc

The link to the Gardener’s Question Time question and answer can be found at: https://www.bbc.co.uk/programmes/m000rwww after minute 21.