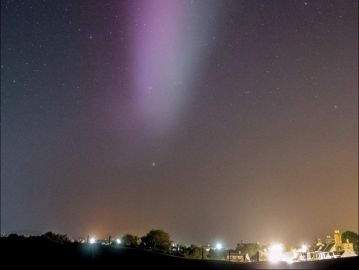 The new issue of Astronomy & Geophysics (A&G), the in-house journal of the Royal Astronomical Society (RAS), is now available for advance viewing online! The latest Editor’s Choice includes a spotlight on the Society’s new million-pound programme of public outreach projects, the 150-year story of astrophotography, and a Q&A with the brand new executive director, Philip Diamond.

In ‘RAS 200 needs you!’, A&G Editor Sue Bowler comments on the start of the RAS200: Sky & Earth projects, funded by the RAS to celebrate 200 years of advancing astronomy and geophysics. Volunteering and outreach work is nothing new for a lot of RAS Fellows, so a diverse programme of outreach and engagement is the perfect way to celebrate the Society’s bicentenary.

In ‘Capturing starlight’, Marek Kukula, the Public Astronomer at the Royal Observatory Greenwich, explores the close and continuing links between astronomy and photography, and takes us through the history and some of the highlights from the Insight Astronomy Photographer of the Year competition.

Anita Heward and Robert Massey delve into the political sphere and report from a meeting that discussed how astronomers could engage with the public and politicians, asking, ‘Can we make a case for astronomy?’

And finally, the new executive director of the Society reveals all for ‘Q&A Philip Diamond’, discussing Einstein, film, and the future of the RAS.

Can we make a case for astronomy?

The complete February edition of A&G is also available for advance online purchase.