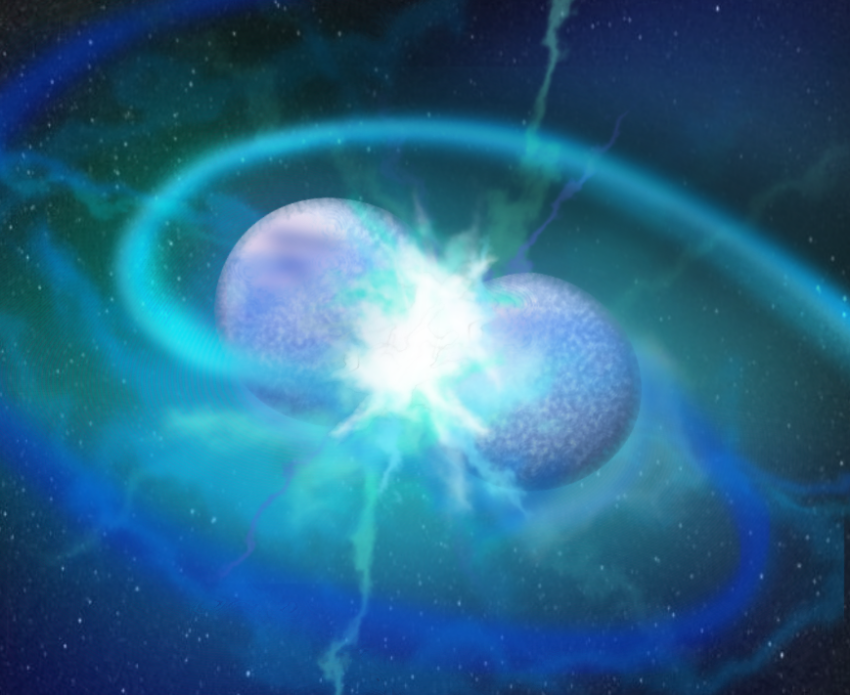 A team of German astronomers, led by Professor Klaus Werner of the University of Tübingen, have discovered a strange new type of star covered in the by-product of helium burning. It is possible that the stars might have been formed by a rare stellar merger event. The fascinating results are published in Monthly Notices of the Royal Astronomical Society.

While normal stars have surfaces composed of hydrogen and helium, the stars discovered by Werner and his colleagues have their surfaces covered with carbon and oxygen, the ashes of helium burning – an exotic composition for a star. The situation becomes more puzzling as the new stars have temperatures and radii that indicate they are still burning helium in their cores – a property typically seen in more evolved stars than those observed by Werner and his team in this study.

Published alongside the work of Professor Werner and his team, a second paper from a group of astronomers from the University of La Plata and the Max Planck Institute for Astrophysics offers a possible explanation for their formation. “We believe the stars discovered by our German colleagues might have formed in a very rare kind of stellar merger event between two white dwarf stars”, says Dr Miller Bertolami of the Institute for Astrophysics of La Plata, lead author of the second paper. White dwarfs are the remnants of larger stars that have exhausted their nuclear fuel, and are typically very small and dense.

Stellar mergers are known to happen between white dwarfs in close binary systems due to the shrinking of the orbit caused by the emission of gravitational waves. “Usually, white dwarf mergers do not lead to the formation of stars enriched in carbon and oxygen”, explains Miller Bertolami, “but we believe that, for binary systems formed with very specific masses, a carbon- and oxygen-rich white dwarf might be disrupted and end up on top of a helium-rich one, leading to the formation of these stars”.

Yet no current stellar evolutionary models can fully explain the newly discovered stars. The team need refined models in order to assess whether these mergers can actually happen. These models could not only help the team to better understand these stars, but could also provide a deeper insight into the late evolution of binary systems and how their stars exchange mass as they evolve. Until astronomers develop more refined models for the evolution of binary stars, the origin of the helium covered stars will be up for debate.

“Normally we expect stars with these surface compositions to have already finished burning helium in their cores, and to be on their way to becoming white dwarfs. These new stars are a severe challenge to our understanding of stellar evolution.” explains Professor Werner.