Dr Amon is an expert in cosmology. She is a Senior Kavli Fellow at the Institute for Cosmology and a Senior Postdoctoral Researcher at Trinity College at the University of Cambridge. Before this, she was a Fellow at Stanford University and the SLAC National Accelerator Laboratory. She obtained her Masters degree and PhD at the University of Edinburgh in 2018 and has numerous awards, such as the Michael Penston Thesis Prize and Fermilab Tollestrup Award. 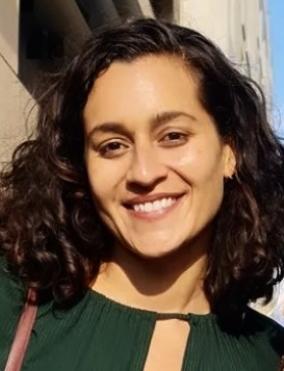 Dr Amon is co-coordinator of the Weak Lensing group of the worldwide collaboration “The Dark Energy Survey”, including over 100 members. Dr Amon uses observational data for over 100 million galaxies and a technique called ‘gravitational lensing’ in order to test the Standard Cosmological Model. The intriguing results she and her collaborators find hint at cracks in the currently accepted model for our Universe, which is mostly dark, with over 95 percent of it in the form of dark energy and dark matter, whose natures are the biggest mysteries in modern physics. In her Caroline Herschel Prize Lecture entitled “Unveiling the Dark Universe with the Dark Energy Survey”, Dr Amon will describe some of the mind-blowing historical moments leading to the paradigm-change, the challenges in the field, the Dark Energy Survey and its results, including the experimental process - from nights at the remote telescope to hurdles in the data analysis. The conclusions will guide the audience to appreciate current mysteries and future directions.

The Caroline Herschel Prize Lectureship was established in 2018 by what is now the Herschel Society, in association with the Royal Astronomical Society, to celebrate Caroline’s memory by supporting promising women astronomers early in their careers. Caroline, William’s younger sister, started out as his assistant, but in time became recognised as an important astronomer in her own right, was the first to be paid as such, and was awarded the RAS Gold Medal in 1828. The Caroline Herschel Prize Lecture is hosted by University of Bath in November in cooperation with the Society as part of the University’s public lecture series.