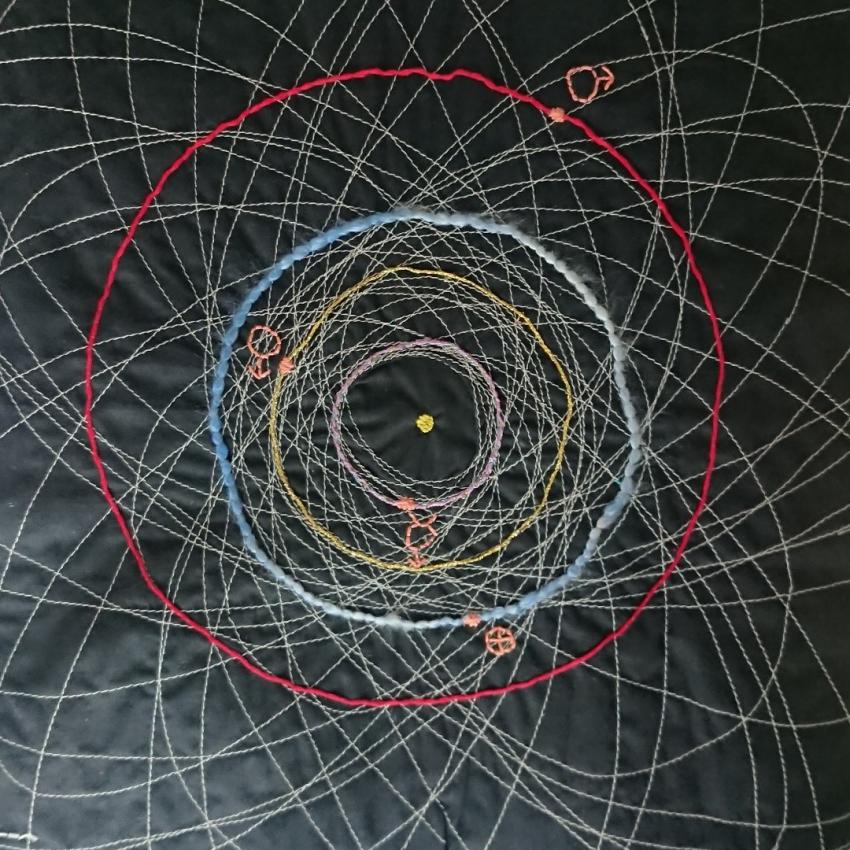 "The stitched square shows a very simplified interpretation of all the known Potentially Hazardous Asteroids (PHAs), numbering over 1,400 as of early 2013. These are the asteroids considered hazardous because they are fairly large (at least 460 feet or 140 meters in size), and because they follow orbits that pass close to the Earth's orbit (within 4.7 million miles or 7.5 million kilometres). But being classified as a PHA does not mean that an asteroid will impact the Earth: None of these PHAs is a worrisome threat over the next hundred years (Image: © NASA/JPL-Caltech) Shown here is a close-up of the orbits overlaid on the orbits of Earth and other inner planets. View the image on the NASA website."

Techniques used: Machine embroidered asteroid ellipses. Various embroidery stitches including couching for the planet orbits and the symbols for the 4 inner planets