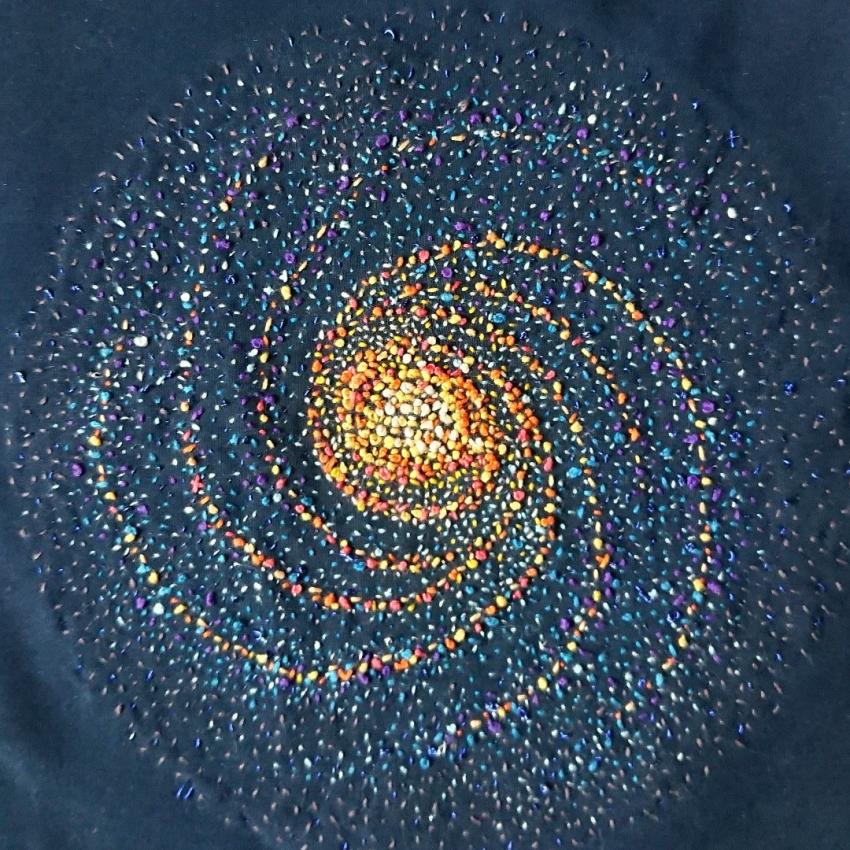 Description: "My square shows the spiral galaxy NGC 1232 - with a bit of a twist. The actual NGC 1232 spirals in the opposite direction to my representation of it. I only realised this when I was already quite far into creating it, and I was showing someone else how it compared to the photo of the galaxy that I was using for inspiration. I panicked a little, and turned to the astronomers of Twitter to find out if all spiral galaxies spin in the same direction or not. I learned that it's about 50:50 in terms of clockwise and anti-clockwise rotations. I also realised that it all depends on your perspective - if you were located on the other side of the galaxy and viewing from that side, the rotation would appear to be the opposite of what we observe from Earth! This meant I felt okay to continue with it, pleased not only that I could say I had learned something new, but that I could also answer people who told me I had it rotating in the wrong direction! (Multiverse theory would also allow for there to be an alternate universe where NGC 1232 appears (from Earth) to rotate in the direction of my square!)"