The Mechanism of the Heavens 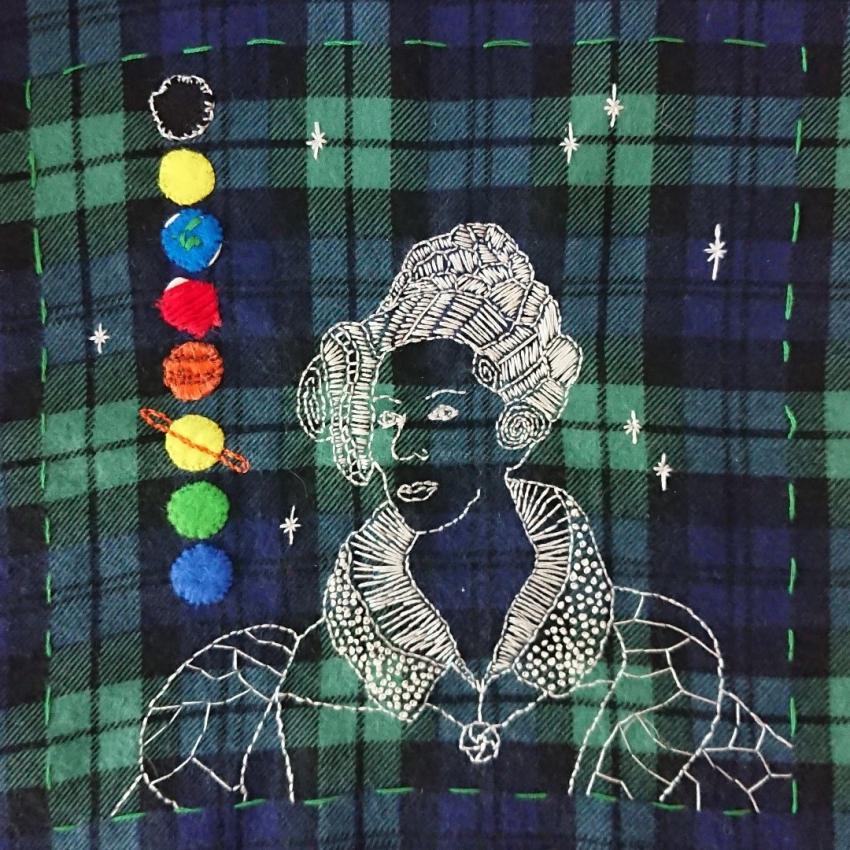 Title: The Mechanism of the Heavens

Techniques used: Embroidery (mostly simple stitches, but I also did some French knots) and applique (for the planets)

Inspiration: "I have been fascinated by Mary Somerville since I learned about her in 2012 - she came up when I was reading about Caroline Herschel - they were jointly the first women (honorary) members of the RAS. I ended up writing a book Chapter about her live for an Ada Lovelace day book ("More Passion for Science". I think of her as the "Jane Austen" of science - that's a period I love because of Austen's books, and then Mary Somerville enters doing algebra in a women's fashion magazines, and literally rewriting the book on calculus. She *almost* predicted the existence of Neptune, and was astonishingly widely known in her time. She wrote an autobiography, and her personality comes through so strong in her words. She also fought to improve access to education for women - right up until her 90s."