T-rex and the asteroids 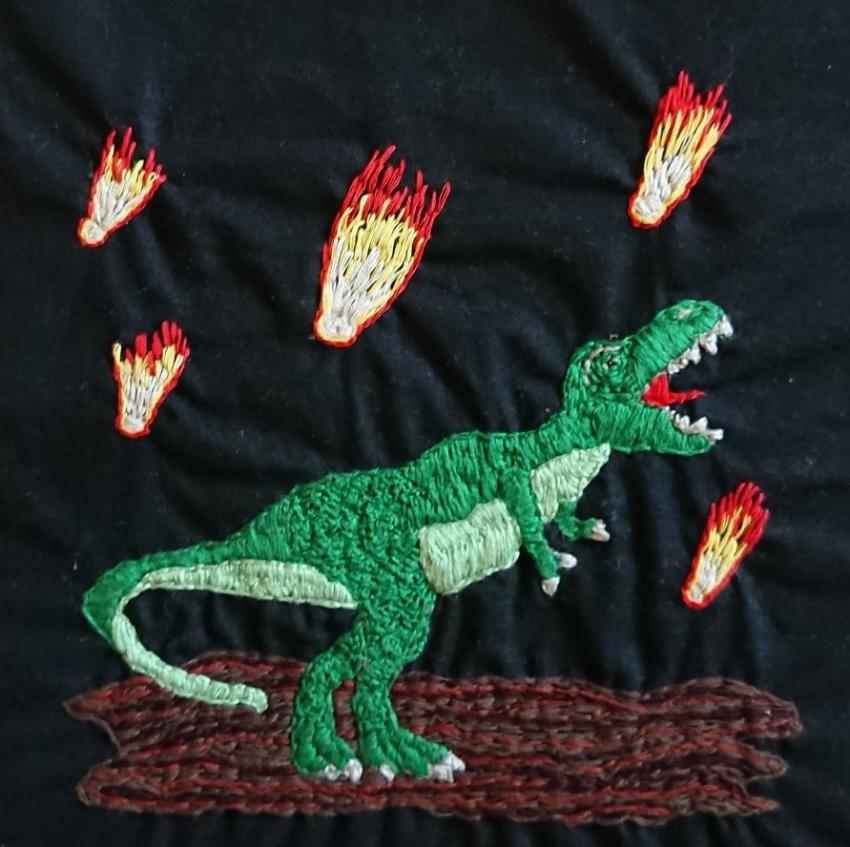 Title: T-rex and the asteroids

Inspiration: I had never embroidered before and thought I would give it a go. I thought I would combine two things that I and many others love: space & dinosaurs. While they are both things that inspire people to learn about science, I also think they invoke two other things: Firstly, the extinction of the dinosaurs illustrates how important it is that we continue to learn about space and clearly shows how it can directly affect us here on Earth. Also, I think it is fitting since the RAS is celebrating its bicentenary, having formed in 1820. This is the same decade that the first dinosaurs were discovered. The first three dinosaurs were discovered in England including the Iguanodon, discovered by Mary Ann Mantell and her husband in 1822. The formation of the RAS occurred during a time when dinosaurs were just becoming part of the public conscience in and the two ideas grew up together.