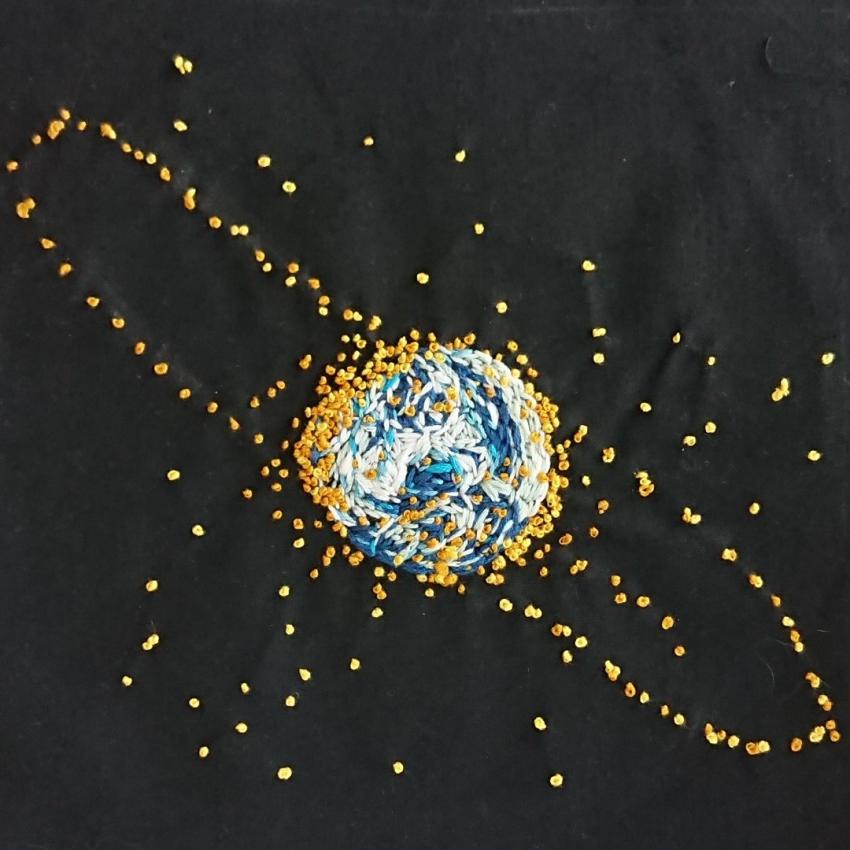 Description: All the satellites in a geostationary or other orbits surrounding the Earth, as represented in the book, 'The Universe Revealed', pages 142-143.

Techniques used: "I embroidered the square using running stitch and backstitch to create the Earth. I did this with several different colours of blue and white floss to create some contrast. I then used French knots to create the satellites."

Inspiration: "I knew initially that I wanted to create something with a focus closer to home and began looking through the ESA and NASA websites for inspiration. The first idea I had that connected was using images captured by Major Tim Peake of the UK at night. I love pictures like these because they allow the viewer to truly appreciate the fragile network of life of this planet. I settled on the final design of my square however, when I was clearing out some old books and found one that I had been given as a present back when I was studying GCSE Astronomy: ‘The Universe Revealed’ edited by Pam Spence. The image I chose depicted the Earth’s “own ring system, made of man-made satellites in geostationary and other orbits”. While this particular section in the book warns of the problems surrounding satellites, space debris and the cost of maintenance. From a purely aesthetic point of view, I found this representation to be breath-taking in how it captures the ingenuity and determination of the past century to document space and our own planet and the promise it holds for the future."