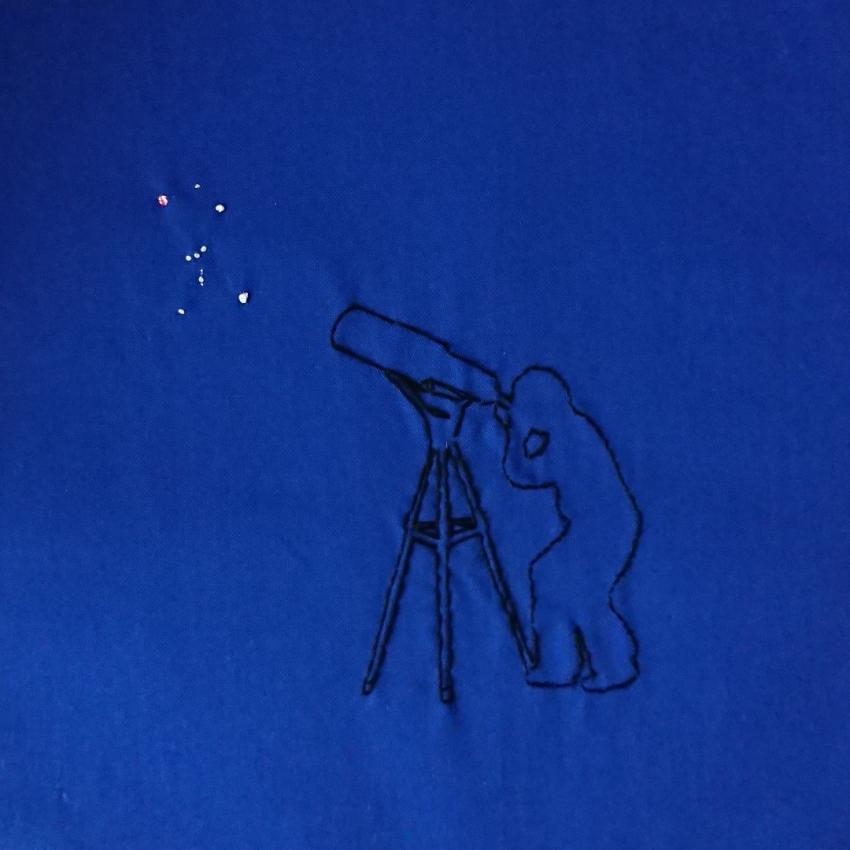 Description: An Astronomer observing Orion through a telescope

Inspiration: "I chose this design to celebrate the many amateur astronomers throughout the world and the important contributions many of them make to the subject. The design is based on the weather vane I gave to my late husband (Professor John C Brown, 10th Astronomer Royal for Scotland) for his birthday. Like many professional astronomers he started as an amateur. He became fascinated by astronomy as a child and in his teens and early twenties he built several telescopes, even making his own mirror. He became a professional theoretical astronomer but never lost his love of observing the night sky. Throughout his life he encouraged amateurs and worked with astronomical societies. He would often set up his telescope in the garden and encourage others to join him to observe the night sky. Orion is included in the design as this was a favourite constellation of his and is easily recognised by many. Orion also features on the Coat of Arms of the Astronomer Royal for Scotland."