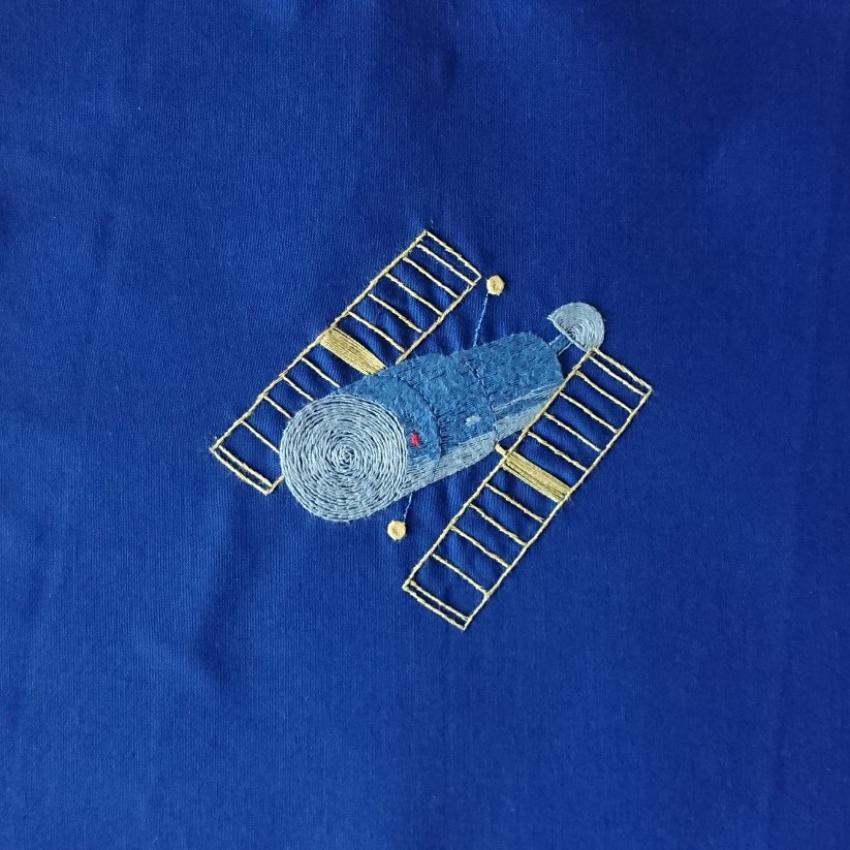 Inspiration: "The square that I have contributed to the project shows the Hubble Space Telescope which was launched in 1990. The sewing is based on the design my late husband (Professor John C. Brown, 10th Astronomer Royal for Scotland) and I created for the Glasgow University Chapel Cushion Project in the 1980s. 40 cushions depicted subjects studied at the University. Glasgow University has had interests in Astronomy since 1760 and by the 1980s had developed major interests in modern astrophysics, some involving close collaboration with NASA. These developments were recognised by the creation of a new Chair of Astrophysics to which John was appointed. We therefore created the Astrophysics Cushion featuring the Hubble Space Telescope which was due to be launched. I dedicated the cushion to my husband, his fellow astronomers and the continuation of non-military space research. Since John died last year (2019), working on the Hubble for the RAS Quilt Square has brought back happy memories of working together on the design for the Chapel Cushion. The RAS was very important to John for many years and I am so happy to have been be involved in this project."