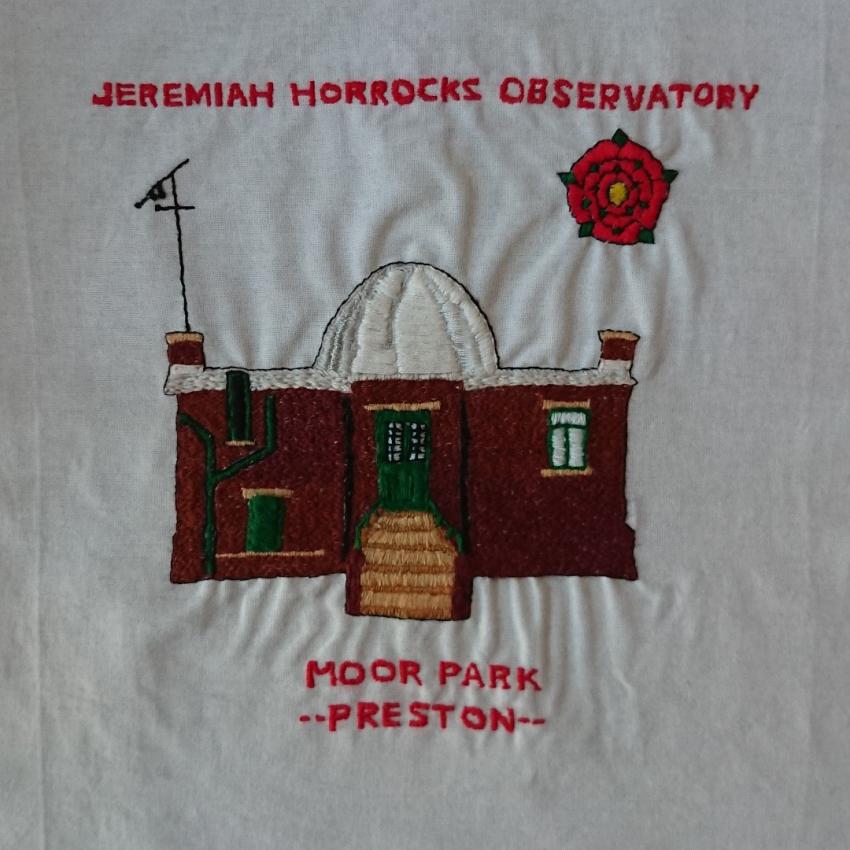 Inspiration: "Jeremiah Horrocks was a Lancastrian who became “The Father of English Astronomy”. He observed the transit of Venus at Much Hoole near Preston in 1639. Known as the Moor Park Observatory, the Jeremiah Horrocks Observatory was opened on the 29th June 1927. George James Gibbs designed and curated the observatory for over 20 years. The opening of the observatory coincided with the solar eclipse on that day and thousands of locals went to Moor Park to observe it. The telescope that was used, which still resides there today, is an 8-inch refractor built in 1860. Preston and District Astronomical Society, PADAS, hold monthly observing sessions for the public at the observatory and outreach for school children, scouts and guides.

As a new comer to embroidery it has been a steep learning curve but a real labour of love."