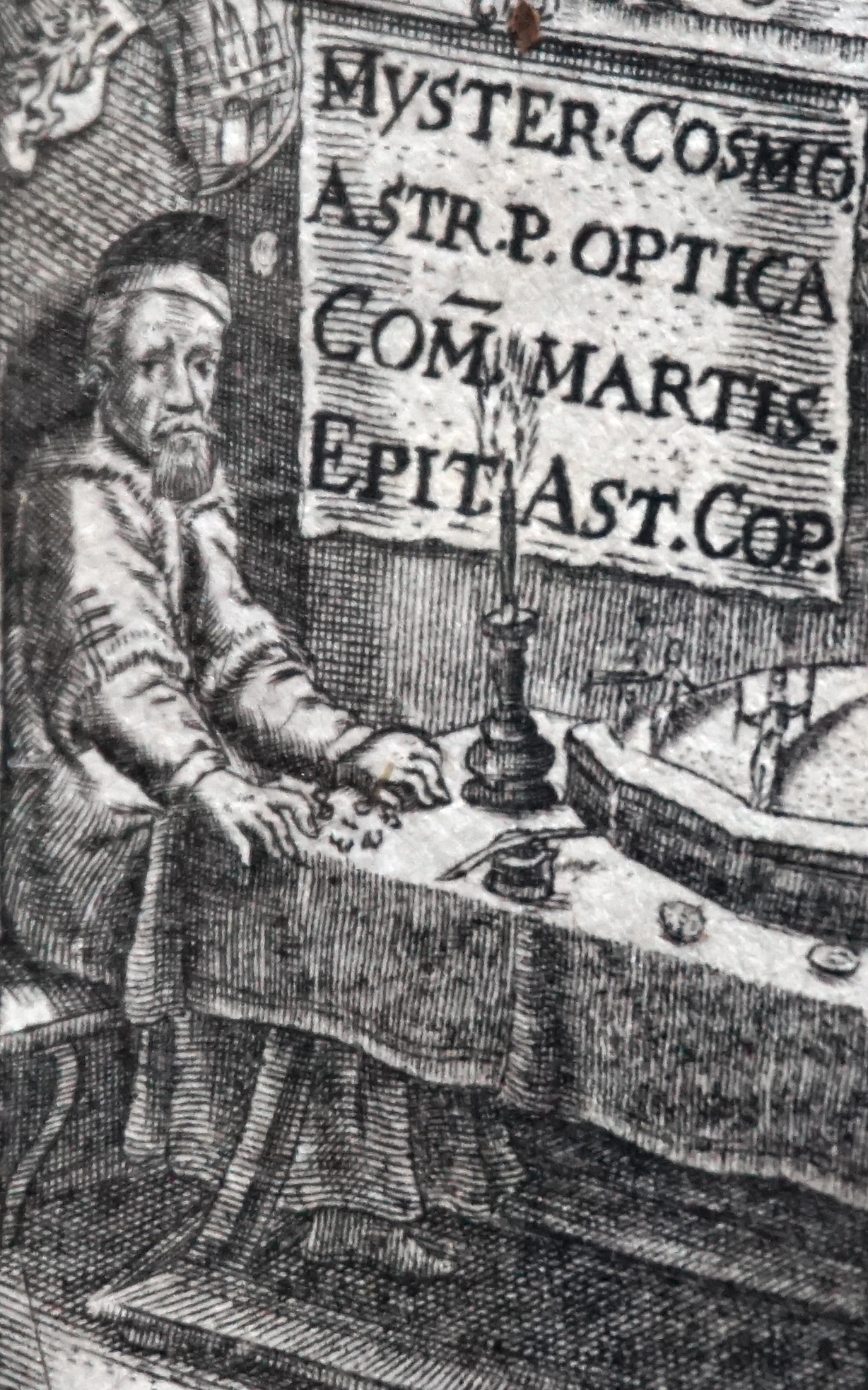 Image Caption
Portrait of Kepler from the frontispiece of 'Astronomia Nova' (1609).

Johannes Kepler was a German mathematician and astronomer. He was also a leading exponent of the Copernican heliocentric system. He is most famous for his laws of planetary motion. A contemporary of Galileo, he succeeded Tycho Brahe as imperial mathematician in Prague. In 1609 he established the geometrical basis of the laws of planetary motion using Brahe’s observations. He also carried out research on cosmic harmonies, celestial physics and optics.
In September 2015, Dr A.E.L. Davis FRAS and Dr J.V. Field FRAS curated a selection of some of Kepler’s most important works for display in the Library exhibition cases. This webpage is a record of the exhibition.

Treasures from the Library and Archives