University of Amsterdam, the Netherlands 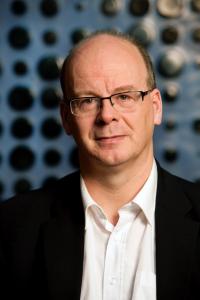 Ralph Wijers has been Professor of High Energy Astrophysics at the University of Amsterdam since 2002. He specialises in energetic explosions from extreme objects such as black holes and neutron stars and is PI of the AARTFAAC all-sky radio telescope. He got his MSc from Leiden Observatory and his PhD from the University of Amsterdam. He went on to Princeton on a NASA Compton Fellowship and Cambridge on a Royal Society Fellowship, after which he became assistant professor at Stony Brook University. He is a VICI and ERC Advanced Investigator laureate and winner of the 2002 EU Descartes Prize for his discoveries in gamma-ray bursts, with an international team. He teaches enthusiastically from the broad undergraduate level to highly-specialised graduate courses, and is actively involved in outreach. He is a member of several national and international scientific governing and advisory councils. Since 2011, he is director of the Anton Pannekoek Institute for Astronomy.