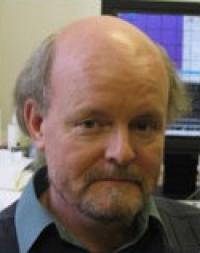 Mike Barlow did his thesis studies at the University of Sussex, advised by Roger Tayler, then general editor of MNRAS. He subsequently worked at the University of California, Berkeley; at JILA, University of Colorado; and at the Anglo-Australian Observatory. Returning from the AAO to the UK, he held an Advanced Fellowship at UCL before being appointed to a Lectureship, where he is currently a Professor of Astrophysics.

He was also an LWS Co-I for ESA's Infrared Space Observatory and a member of the SPIRE Science Team for ESA's Herschel Space Observatory. He is currently a member of the European Science Team for the JWST-MIRI instrument. His current research interests include dust physics, observational and theoretical studies aimed at elucidating whether supernovae are significant dust contributors to galaxies and studies of planetary nebulae, HII regions and blue compact dwarf galaxies.