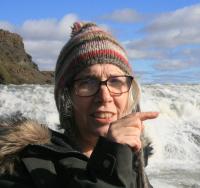 Janet Drew has been a MNRAS editor since 1995, and obtained her PhD in Astrophysics at University College London. Following her PhD she has been located at the IoA Cambridge, JILA, University of Oxford, Imperial College (where she was promoted to professor), the University of Hertfordshire, and she is now an honorary professor at University College London. Her postdoctoral research began in modelling mass loss from massive stars and disc-accreting objects, and moved on to problems in star formation, and then to broadband/H-alpha surveys of the Milky Way. Recently, her focus has returned to the demographics of massive stars, also exploiting them as probes of Galactic structure. 3-D extinction mapping is also an interest.