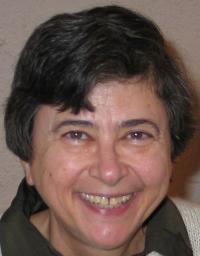 Lia Athanassoula received her PhD from the University of Thessaloniki and is now working in the LAM in Marseilles (France). She is interested in the dynamics, chemo-dynamics, and the structure and evolution of disc galaxies, and has focused on substructures such as bars, spirals, rings, or bulges. Her interests include studies of orbital structure theory and of chaos, as well as of the nature and distribution of dark matter. She has extensively used hydro- and N-body simulations in the above studies of single galaxies, and more recently in interactions and mergers. She has also been heavily involved in comparisons of theory to observations and in data modelling.